SIMFEROPOL, 8 Dec — RIA Novosti. A photograph of the President of Ukraine Petro Poroshenko with the emblem of SS Panzer division should not go unpunished, EU countries are obliged to respond to the incident, said the Deputy of the state Duma of the Russian Federation of the Crimean region Andrey Kozenko. 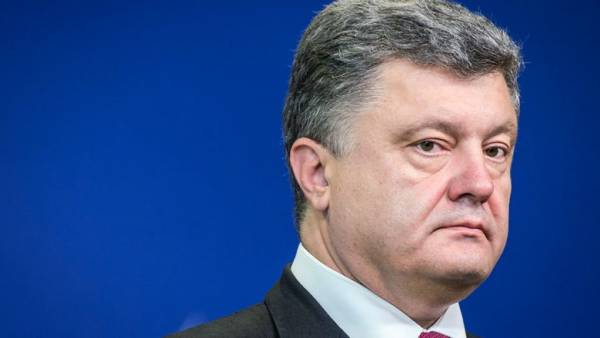 Previously Poroshenko has published in Facebook a “Patriotic” photo, where he stands before the formation of the Ukrainian paratroopers, with the form of one of the soldiers to the left of Poroshenko is clearly visible emblem of the SS tank division “Dead head” skull and crossbones.

This act of fraternization with the SS should not go unpunished. Here we are talking not only about the dislike of Russia. This is a slap in the first place, in the direction of Europe.

“It is to let the guests and he your boots off at the table got. Even if Ukraine such manifestations of fascism are welcomed, there are many international documents that our beloved EU is obliged to prosecute presumptuous Poroshenko,” — said RIA Novosti Kozenko.

SS — the paramilitary National socialist German workers party (NSDAP). SS was the main organizer of the terror and extermination on racial grounds, political beliefs and nationality both in Germany and in occupied countries. The Nuremberg Tribunal declared “all persons who were officially admitted as SS members” criminals.