Naryshkin said as he met with Putin

MOSCOW, 9 Dec — RIA Novosti. The head of the foreign intelligence Service Sergei Naryshkin said that he met his future Russian leader Vladimir Putin in 1980 during his service in the Leningrad KGB. 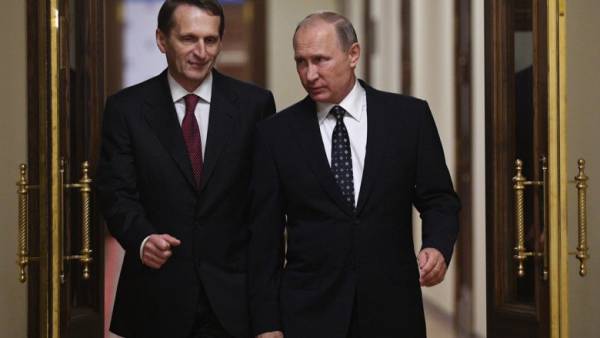 About it it is told in the actors with Naila Asker-zade” on TV channel “Russia 1”.

In 1978 Naryshkin graduated from the Leningrad mechanical Institute. According to him, almost immediately after that he was sent to Moscow for a two-year study at the Higher school of the KGB. Currently it is called the Academy of the FSB.

As told the head of the SVR, two years later, he returned to Leningrad and started rebuttal in the intelligence division of the Leningrad KGB. According to him, Putin also took place there service.

Thus, Naryshkin a year studying with the future President.