Naryshkin told how to get on the SVR and GRU

Director of the foreign intelligence Service (SVR) Sergei Naryshkin said that his office does not compete with the GRU (Main intelligence Directorate, is currently the Main Directorate of the General staff of the Russian armed forces). He stated this in the “actors with Naila Asker-zade” on TV channel “Russia 1 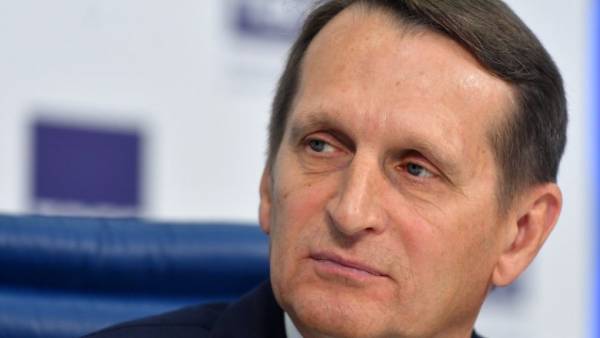 According to him, the SVR and the GRU not only compete, but help each other in work.

We have great respect for our colleagues. It’s talented people. We share experience, we share intelligence, help each other. So call it a competition — well, no.

Previously Naryshkin said as he met with Putin.