Harlequins went to the conquest of Russia

Judging by occurring on ladybirds the harlequin parasites, these energetic people from the East came to our country without help from biologists. Earlier attempts to settle in Russia free from parasites by harlequins ended in complete failure, but the “wild” everything works. 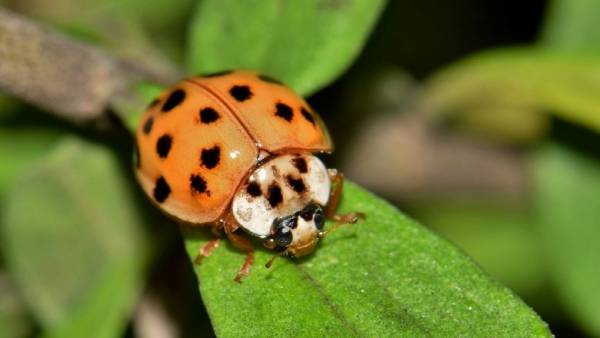 Russian scientists from the Institute of ecology and evolution named Severtsov of RAS studied parasites dangerous invasive species of ladybirds the harlequin, Harmonia axyridis. The result was to establish that the successful invasion of Harmonia axyridis in Russia in 2010-ies it was not the result of special biological events, but rather a natural process. The new data also indicate a potential hazard of parasites harlequins for the local Russian species of ladybirds, the corresponding article was published in PLOS ONE.

God’s Ladybird-harlequin — charm invasive species yellowish ladybirds from East Asia in recent years has become a source of concern for hundreds of scientists around the world.

Reason for concern: in an incredibly rapid spread of this species and the fact that it deals a serious blow to the usual ladybugs — ladybugs-the aliens don’t just occupy living space, but you can just eat normal.

In addition, they are distinguished by the number of traits of behavior that make these insects not the most pleasant neighbor people. Harlequins are swarming in large groups, and in the fall, with the onset of cold weather, mass fly into the home of man because there they are easier to overwinter. If a person is worried about this ladybug, she might bite him, and in some cases, the bites lead to allergic reactions.

To start a successful battle, it would be desirable first to establish exactly how a new species came to new habitats — among them, in 2012, and Russia. For the first time Harmonia axyridis were seen in Russia near the city of Sochi in 2012. However, why is their invasion of our country was only in 2010-ies and where exactly they appeared, he remained still unclear. The fact that cows, harlequins were imported to the Caucasus in 1927, and only in the 1980s where they were produced hundreds of thousands (in the USSR they are specially imported from the Far East as effective fighters against aphids). However, all attempts at deliberate introduction were in vain — the harlequins did not survive, dying during the winter. In 2010 years it was the opposite: there are no known cases of artificial release of the harlequins was not. However, after the first of them in 2012 has been a rapid increase in the number of aliens. By 2018 they spread from Dagestan to Stavropol territory and Krasnodar territory.

Authors of new work have tried to understand the source of new, mysteriously the success of harlequins. To do this, they examined parasites encountered on ladybirds the harlequin in the wild (213 adults collected in Sochi in 2018) and in laboratories that contain them. In the end it turned out that the laboratory specimens of parasites practically does not have (as expected).

But the “wild” harlequins were carriers of parasites that are specific to that particular form of ladybugs and still in Russia is not observed.

In particular, we are talking about the fungus Hesperomyces virescens that had been infected with 53 percent of the studied wild harlequins.

In the end, the authors came to the conclusion that judging by related parasites, the invasion of ladybirds the harlequin in Russia occurred not only due to the release of laboratory specimens — and even without “laboratory”, since they have parasites does not happen. At least a significant portion, if not all the aliens are harlequin profits for yourself, without the help of artificial measures. Perhaps, some role is played by global warming, which significantly facilitated migration to the North and acclimatization there are thermophilic species of insects.

It should be noted that other types of ladybirds, in principle, can become infected with parasites cows-harlequins (harlequins themselves), and, judging by the experience of the United States, suffer from them even more than themselves-Harmonia axyridis. This may be an additional factor helping the yellow ladybugs to spread. Since the climate in Russia continues to improve, we can expect promotion of the species-the alien and North of the southern edge of our country.