“The rhetoric of patient doctor”

The Russian foreign Ministry responded to the threat of the US state Department in connection with the incident in the Kerch Strait. 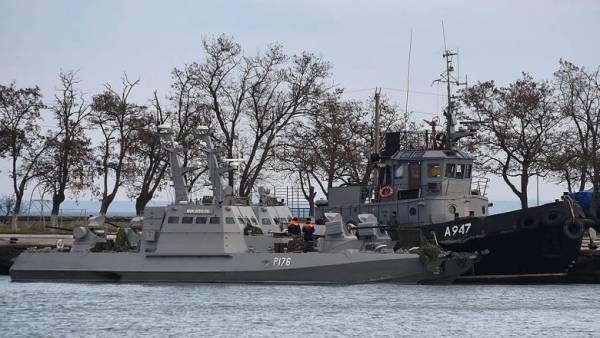 The US state Department has accused Russia of meddling in Ukraine’s presidential election, and has threatened “consequences and pain” if she doesn’t release those detained during the incident in the Kerch Strait sailors. As punishment, Moscow, the state Department urged the EU to abandon the project “Nord stream-2”. The official representative of Russian foreign Ministry Maria Zakharova compared the threat to the United States with the rhetoric of the “mad doctor”.

“We see significant growth already at a very high level of Russian intervention in Ukraine… As you know, the State Department has provided extensive practical support to the Ukrainians. Our office is very active there, we also target a great help for improving the cyber security of Ukraine”, — quotes “RIA Novosti” the transcript, an unnamed senior official, which was circulated by the press service of the state Department. In one of the fragments of the performance of official calls himself a co-chair of the Commission, the USA and Ukraine on strategic partnership. On the American side, this Commission is chaired by Secretary of state Mike Pompeo, Ukrainian foreign Minister Pavlo Klimkin.

In late November, about the attempts of Moscow to influence the future of the Ukrainian presidential and parliamentary elections were declared by the President of Ukraine Petro Poroshenko. “Important elections will be held next year in Ukraine — presidential, and parliamentary. And it is very important not to allow Russia to influence the election. We see now many attempts” — he said at a special briefing, which was broadcast Ukrainian TV channels. Ukraine’s presidential election scheduled for 31 March 2019, Parliament must pass in the fall.

In the transcript of the speech by the representative of the Department of state threatens Russia with serious consequences if she does not let Ukrainian sailors, detained in the incident in the Kerch Strait.

“We want the Russians perceived the message that they need to release the crew, or there will be consequences, and the pain will only get worse with time”.

“I think that is our permanent message to the Russians in all areas regarding the different forms of aggressive behaviour, and this will be no exception”, — stated in the text. It also repeated the U.S. position that the incident in the Strait is “an act of aggression” and “a clear military escalation and a violation of international law and freedom of navigation”.

As the first results for Russia a senior diplomat called on the EU to abandon the project “Northern stream-2”. “Kerch incident should be testimony to all European partners that the construction of “Nord stream-2″ is a bad idea, it was obvious,” he said. In his opinion, the creation of additional gas infrastructure to bypass Ukraine it reduces the possibility of “deterring Russian aggression”. The state Department spokesman said that the question of the construction of the pipeline was discussed with Germany and its politicians began to listen more to Washington in the matter of construction of “Nord stream-2” after the Kerch accident.