Slovakia expelled a Russian diplomat on suspicion of involvement in espionage

TASS, 5 Dec. Slovakia expelled a Russian diplomat. This was reported on Wednesday to journalists the Prime Minister-the Minister of Republic Peter Pellegrini. The briefing was broadcast Bratislava the network channels. 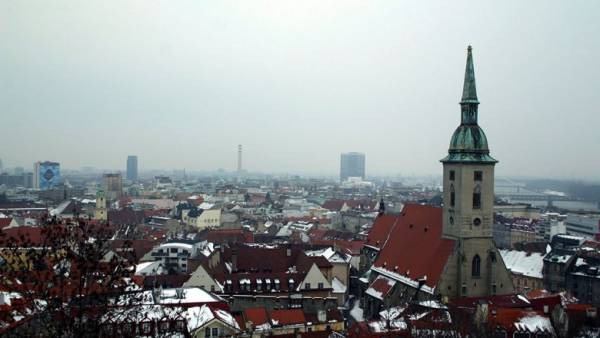 “Based on information received from military intelligence, 22 November 2018 was expelled a diplomat from the office of the military attache of the Russian Embassy in Slovakia. He was declared persona non grata, as was engaged in intelligence activities against Slovakia and NATO”, — said the Prime Minister.

Spy scandal in Австрии14 nabradia of espionage will not improve relations between the EU and Russia, said the Chancellor Австрии14 nabrezje, come forth!13 nearrealtime the court decided not to arrest the suspect Colonel

The Russian diplomat left the Slovak territory within 48 hours after it was declared a persona non grata.

“With Russia we have established a standard of relationship,” he added. He stressed that Slovakia is strictly fulfills its obligations to NATO and the European Union.

Meanwhile, the Russian Embassy declined to comment on the statement of the Prime Minister. “The Embassy does not comment on this information,” said TASS press-Secretary of diplomatic representative office Vladislav Kulikov.