Samoyeds were strangers to each other

In spite of the proximity of languages and lifestyles, the Northern peoples of the Samoyedic family, also known as Samoyeds different ancestors! 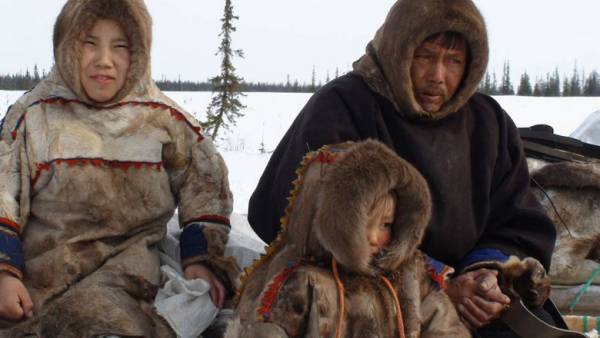 Scientists from Novosibirsk state University, Institute of Cytology and genetics, Siberian branch of the Russian Academy of Sciences and their foreign colleagues analyzed genetic differences among the 15 Siberian populations who speak the Samoyedic languages. The results showed that between them is small, the degree of consanguinity, at least in the male line. Only within the Northern and southern Samoyed groups, there is some relationship, between these two macrography there is a marked genetic isolation. The corresponding article was published in the American Journal of Human Biology.

Samoyeds are called peoples-speakers of Samoyedic languages (settlement shown on the map above). The Samoyedic languages are part of the Ural, but even close to these Finno-Ugric (also part of the Ural) yet so markedly different that the Uralic family is sometimes called a macrofamily of languages. Since the opening of Samoyeds researchers did not give rest the fact that these languages were spoken, two groups — living at the Arctic ocean Nenets, Enets, Nganasans, and living in the South, closer to the Sajan and Selkup. There were two groups of opinions — according to some, the ancestral home of the Samoyeds South was the region of their present settlement, according to others — Northern.

The authors of the new work analyzed single-nucleotide polymorphisms (differences in DNA sequence by one nucleotide) in 15 populations of Samoyeds and tried to figure out how far genetically divergent people from these groups.

The result was that genetically the Northern and southern peoples of the Samoyedic language family is only moderately related to each other.

The Nenets and other Samoyedic peoples of the Northern demonstrate a certain genetic commonality, but southern (Selkup) closer to Ketama from the Yenisey basin. At the same time among the Northern Samoyeds Nganasans show affinity with the Northern peoples of other language families — the Evenki and Yukaghirs.

At first glance, the findings look how ironic. It turned out that the Northern and the southern Samoyedic people generally belong to different haplogroups. Simply put, the genetic distance between them is much greater than most of the peoples of Indo-European or Sino-Tibetan language families.

It turns out that peoples with similar languages is not quite related to each other genetically (at least in the male line). However, the authors remind that earlier, on the basis of other characteristics that were already formulated hypotheses that can explain such an unusual situation.

The fact that, according to the latest archeological findings, people lived in Northern Siberia is not six thousand years, as was considered until recently, and about 45 years (and up to 72 degrees North latitude).

Apparently, until the very end of the ice age, this population consistently lived in the region, avoiding the large-scale migrations. They were bearers of their own indigenous and quite isolated languages. A fragment of this language group can be a modern Yukaghir languages.

Between urban and nomadic

In the last few thousand years a group of aliens — of the southern tribes, native speakers of the Samoyedic languages — are beginning to migrate North. They were able to bring the new features of material culture and language, but it was not large enough to significantly alter the genetic composition of the local population. Therefore the Northern Samoyeds — Samoyeds only the language, but not by blood.

New genetic data largely solve the long-standing question about the origin of the Samoyedic peoples, and the location of their ancestral homeland. In the linguistic sense, they do come from the South. However, despite the borrowing of foreign languages, the gene pool of present-day North of Samoyeds are unique and associated with a very ancient population of Northern Eurasia, rooted here, probably long before the glacial period. This sharply distinguishes them from the population more southern regions of our country, most of whom live in its present habitat from a few hundred years before, in some cases, a few thousand years.