Who feasted in the besieged Leningrad, while thousands of people were starving 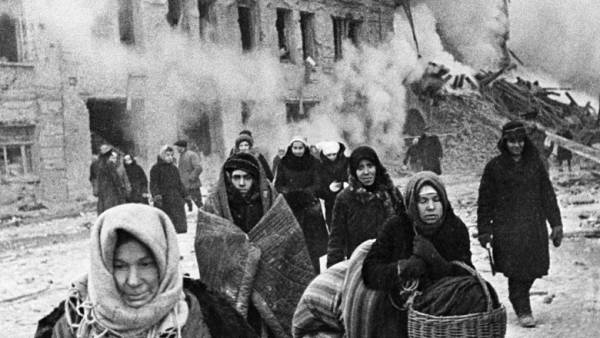 “Ribbon.ru” continues a series of articles on the feasts of the rulers during the grueling wars and other serious crises. Last time we talked about how feasted daughter of Peter the great, Empress Elizabeth Petrovna, when Russian fought in the Seven years war and first came to Berlin. At this time we will focus on the famine was raging in the besieged Leningrad. The authorities managed in abundance to absorb not only the usual products but also to indulge yourself with delicacies.

“Imagine that you live in a city where there is no heat, and the window meanwhile minus 20. Warm up a little only if you start breaking your furniture, tear your book or be able to find pieces left over from the next door, which had just been bombed. And you yourself live on a piece of bread a day. Bread made from sawdust, glue, and something little to eat. And yet you have no light. When the sun goes down it becomes quite dark. While the sun rises around 11, and in the hour of the day begins to come in. Everywhere else it’s freezing. People can’t live at that temperature, they have nothing to eat, no transport does not go.

Cars stopped going at the end of October 1941. The city only move the truck, chock-full of weapons. To get around only on foot. The town has no water. How people could live in such conditions? I don’t know. I know only one thing: I couldn’t. I can hardly think of anyone I know who could do it, and the people of Leningrad are told in ether one of American television in 1982, the author of the book “the 900 days the siege of Leningrad” Harrison Salisbury. He came to town in January 1944, immediately after the lifting of the siege. At that time, he worked as a Moscow Bureau chief for The New York Times.

A book about life in the defense of Leningrad, he wrote in the 1960-ies. In it the author describes in detail how he lived a member of the Military Council of the Leningrad front, Andrei Zhdanov. “He rarely went outside the Smolny. There was a kitchen and dining room, but he almost always ate in his office. The food he brought on the tray, he hastily swallowed, not being distracted from work (…). They were eating [the members of the nomenklatura] is somewhat better than the rest of the population. Zhdanov and his allies as the front commanders received military rations: 400, not more, grams of bread, a bowl of meat or fish soup and a little “not become a victim of dystrophy, but mentally they were exhausted”.

However, a different picture appears from the pages of a book writer Igor Atamanenko, the grandson of the personal cardiologist Zhdanov: “while ordinary Leningraders had 128 grams of bread a day, Zhdanov and his companions in the siege, in what does not deny. It is especially know doctors who often had to save the highest party elite from the consequences of uncontrolled biorstw and libations. She told me that on his table was always abundant delicacies and pickles. Grandma saw during the siege were brought to Smolny and fresh vegetables, and live sheep, and the living bird”.

Plates of sandwiches and soldering