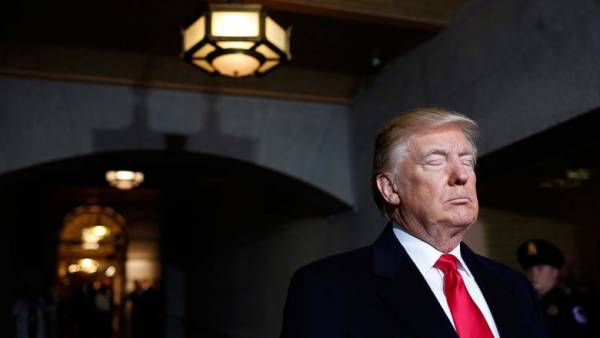 “I am sure that at some point in the future the President XI (Jinping, the Chinese President. — RNS) and I, along with Russian President Vladimir Putin, begin to talk about a significant containment of what has become a large and uncontrolled arms race. USA this year spent $716 billion (the US defence budget. — RNS). Crazy!”, — wrote trump.

“This decision caught the Kremlin by surprise”

2 December during a press conference in the framework of the visit in Buenos Aires, Vladimir Putin announced that he would not set pre-conditions before meeting with trump.

“We do not set any preconditions, because it is very important issues that we should discuss, and for us, and actually for the rest of the world, because the issues of strategic stability,” Putin said.

Putin and trump had to hold a meeting of the G20, however, shortly before the summit, the American President cancelled the talks.

Big twenty in Аргентине13:31 (GMT)Peskov commented on the handshake of Putin and Saudi crown Prince at the summit G201 decapeptyl drew for Him and Merkel circuit occurred in the Kerch проливе1 December”On the background of Putin, trump — Amateur”: what they say in the US about G20Справка