Poroshenko again complained of an unsuccessful attempt to talk with Putin

MOSCOW, 3 Dec — RIA Novosti. Petro Poroshenko said that after the incident in the Kerch Strait tried to contact Vladimir Putin, but to no avail. He told this in an interview with France 24. 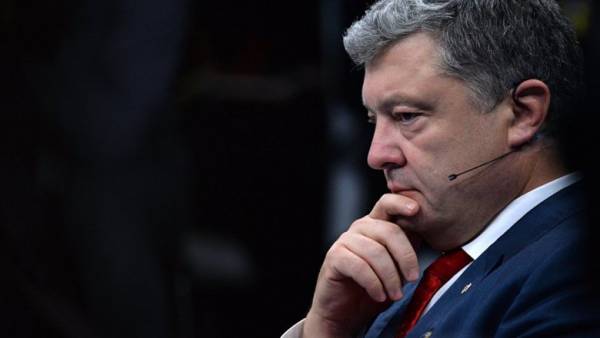 According to Poroshenko, he is ready for a phone call in any format — bilateral, in Normandy, with American partners.

According to the President of Ukraine, his actions in the Kerch Strait Russia violates international law.

Urgent requirement all over the world — to immediately release Ukrainian sailors and ships.Peter Presenteraient Ukraine

Earlier, Russian presidential aide Yuri Ushakov reported that the request from the Ukrainian side a telephone conversation of Poroshenko with Putin was, but it did not take place.

Assistant to the President explained that when preparing this kind of conversation is taken into account a number of factors, including work schedules for the interviews, analyzed the problem, which put the side. “With this in mind, the request was, and the conversation was not” — said Ushakov.

Press Secretary of the President Dmitry Peskov, speaking about the words Poroshenko about the request for a conversation with Putin, said that any phone contacts of the heads of States was not.