MOSCOW, December 3. /TASS/. The Commissioner for human rights in the Russian Federation Tatiana Moskalkova has promised to understand with the reasons of cancellation of concerts by rappers in some regions of the country. 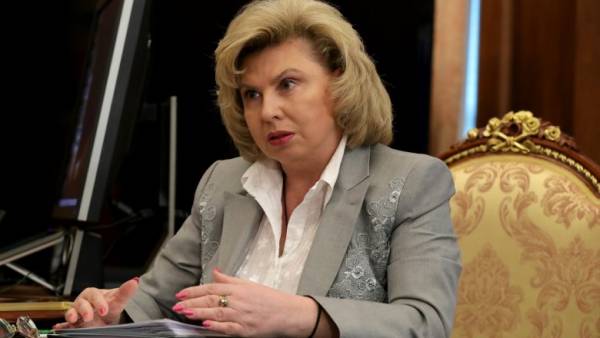 “I must sort out these situations, I need the specifics: when, where. It would be nice to meet the artists groups to understand their position,” she said Monday, answering questions from school students in Moscow in the all-Russian open lesson “human Rights”.

Students asking questions about the cancellation of concerts of rappers in a number of cities were interested in, does not see the Ombudsman manifestations of censorship prohibited by the Constitution of the Russian Federation in relation to musicians.

Earlier it became known that the concerts rap artist Husky (Dmitry Kuznetsov) were canceled in six cities. Kuznetsov was detained on 21 November in Krasnodar, he has failed to hold the concert in the club, and he was going to speak on the street, climbing on the roof of another car. The court sentenced him to 12 days of arrest for disorderly conduct and three days for refusing to submit to testing for drug use. 26 Nov lawyers managed to overturn the decision of the court.

Concert hip-hop artist LJ planned in Yakutsk on November 28, was cancelled “due to the threat of disruption of the concert by mutual agreement of the actor and the organizers”, said the representative of the musician. It became known yesterday that the Board of education of the city administration sent letters to the managements of schools with the recommendation not to allow schoolchildren to the concert LJ as “the repertoire of the musician can cause in children the desire to use drugs, tobacco, alcohol, to participate in gambling”.