MOSCOW, 1 Dec — RIA Novosti. New video from the colony with convicts for 20 years in the case of mass murder of Vyacheslav Tsepovyaz was not in his cell, and in the room of psychological unloading, reported the press service of the FSIN. 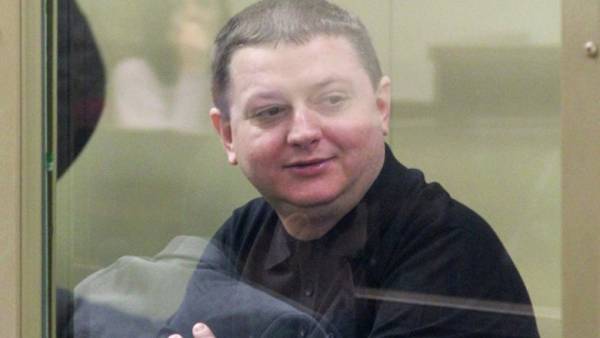 The Ministry said that the video refers to the same period as the previously published photos, that is, to 2015-2016 years.

According to the representative of the penitentiary Department, on this video there is a check in the framework of the criminal case initiated after the publication of the photographs.

Earlier, several media outlets published photos that Tsepovyaz posing in uniform with mobile phone in hand, and on the table his food is not from the prison menu, for example, crabs, barbecue and red caviar. After that, the colony check out office of public Prosecutor of the Amur region.
Later in the Internet appeared the video from the colony, where is serving a sentence Tsepovyaz.

In the video he is pictured with other people, probably also prisoners. They are all sitting in a room with blue walls, it has a soft furniture and a TV.

The voice-over says that the room “did repair, to breathe easier”. Some media said that this room is a prison cell Tsepovyaz.

The leader of Kushchevskaya OPG Sergey Tsapok and members of his gang were convicted for the murder of 12 people in stanitsa Kushchevskaya in the fall of 2010. This crime is considered to be one of the most notorious in the modern history of Russia. Himself Tsapok was sentenced to life in prison, but died from illness on the night of July 7, 2014 in jail, where they await consideration of the complaint to the verdict.