Journalists of the American edition of The Wall Street Journal mistook the name of the President of Russia, calling it Mr trump. It is reported The Hill. 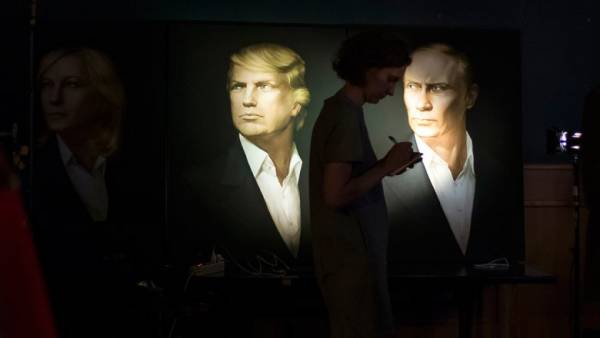 An error appeared in the material Trump Canceling Planned Meeting With Russia’s Putin Over Ukraine Situation (“trump has canceled a planned meeting with Putin because of the situation in Ukraine”), which was published on 29 November on the newspaper’s website. Many netizens quickly responded to the wrong name of the President of Russia: they laughed at the mistake of the journalists.

trump was disappointed in the translation and threw the receiver

“This is the best thing I’ve seen all day. Thank you,” wrote one of the readers of the newspaper. “Only don’t need to change anything, thank you”, — joked the second. There were the conspiracy theorists who were convinced that the error was intentional.

Soon, reporters, The Wall Street Journal corrected the error and apologized to the readers.

“The President of Russia is Vladimir Putin. Due to an error when editing we incorrectly identified Mr. Putin in an earlier version of this article,” — said in the editorial.

See also: trump’s Company was going to give Putin a penthouse for $ 50 million