About this informed the portal Kompas with reference to the head of the National Directorate on liquidation of consequences of natural disasters, Sutopo Purvo Nugroho. Earlier it was reported 384 victims. 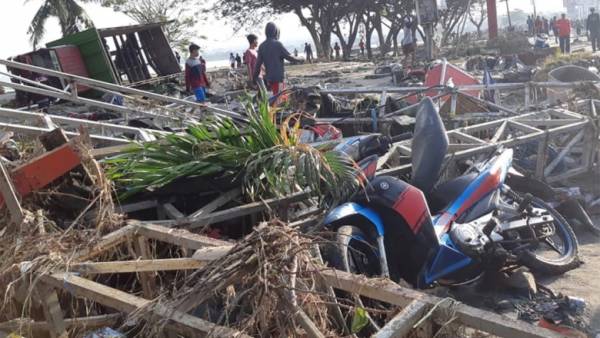 According to the official, still have not counted the number of victims in the districts Dongala and Mamuyu. Residents are afraid to sleep indoors in anticipation of aftershocks. Families are mourning their relatives. Unclear the fate of the participants of the festival in Pala, which was attended by hundreds of people.

#BREAKING: Death toll caused by Friday’s M7.4 #the ensuing earthquake and #tsunami in #Indonesia has jumped to 384, authorities said pic.twitter.com/dhL3tM4JWx

We will remind, on Friday coast of the island of Sulawesi has undergone an earthquake measuring 7.5 on the Richter scale. Then, on the coastal town was hit by the tsunami with height of waves up to six meters, reports CBS News.

Here’s the moment a #tsunami of up to three metres hit #Indonesia pic.twitter.com/jQUKVk6mlP

The Russians among the victims there reported the Russian Embassy in Jakarta.