The representative of Ukraine in the tripartite contact group on settlement of the situation in the Donbas Leonid Kuchma said about the intention to leave the post, when you reach the “critical age.” 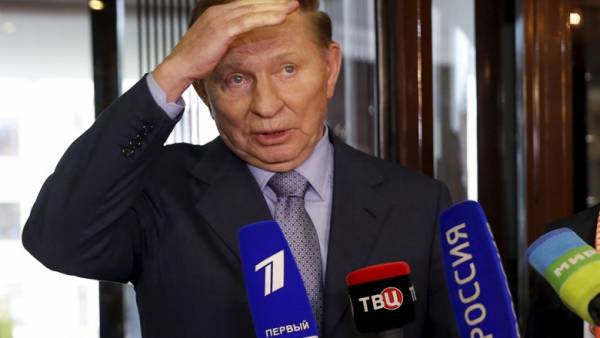 As told “Kommersant” in the presidential Fund Leonid Kuchma “Ukraine”, the former head of state said: “I have long decided when reaches its critical age, would have to thank all the people who with me worked there and to leave, to give the opportunity to work with others.”

The interlocutor of “Kommersant” in the Fund recalled: the work of the tripartite group for Mr. Kuchma’s mission, which he performs more than four years on a voluntary basis (along with the first President of Ukraine Leonid Kravchuk, then without it). During this time, according to Leonid Kuchma, he made “up to a hundred trips to Minsk”, and often with the understanding that “movement is not serious, since the other side comes with a pre-prepared responses.”

When I come home, two days to go these meetings, and there before each meeting necessarily calming pill under the tongue… There are too hard conversations. And when you know that there is no results when you know that a decision from 1 September to declare a truce, and it fails…Leonid Coompression of Ukraine in the tripartite contact group on settlement of the situation in the Donbass

The representative of Fund has added in conversation with “Kommersant” that Leonid Kuchma constantly hears criticism of the Minsk process, although no alternative to it because of meeting in the Normandy format (Germany, Russia, Ukraine, France) are not almost two years.

A Kommersant source in the Ukrainian presidential administration confirmed that Leonid Kuchma “had not yet expressed an official intention to leave.” “Although it is certainly unhappy that the agreements could not bring to life and to move to a full ceasefire,” — said the source “b”.