MOSCOW, 27 Sep — RIA Novosti. India is ready to sign a contract for the purchase of five regiments of the newest Russian antiaircraft missile systems With-400 in the amount of 5.43 billion dollars. This was reported by the Times of India newspaper, citing government sources. 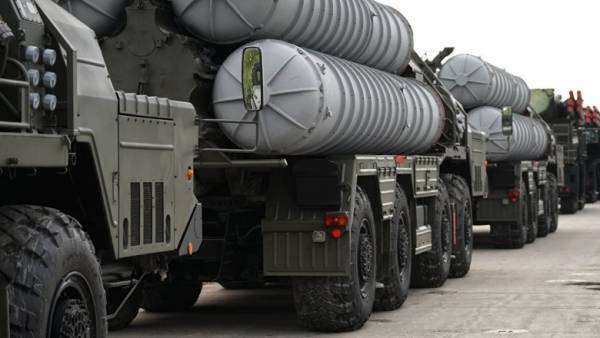 Permission to purchase was given the Committee on security chaired by Prime Minister Narendra modi, said in the media. It happened on the eve of the visit of Vladimir Putin, scheduled for early October. The Russian leader will visit India at the annual bilateral summit.

Officially, the Indian government has not yet indicated its decision to purchase s-400.Weapons for India

S-400 “Triumph” is the newest anti-aircraft missile system long-range. Designed to destroy aircraft, cruise and ballistic missiles, including medium range, and can also be used against ground targets. Range up to 400 kilometers, it is capable to destroy targets at altitudes up to 30 kilometers.

Vladimir Putin and Narendra modi agreed to supply new Delhi s-400 “Triumph” and the frigates of project 11356 in October 2016. According to open sources, the cost of the contract for s-400 originally was about $ 6.5 billion.

In case of signing of the contract, India will become the third foreign buyer of Triumphs after China and Turkey.

In the United States is concerned about the plans of Delhi and do not exclude the imposition of sanctions under the law on CAATSA (“ON countering the enemies of America through sanctions”. — Approx. ed.). The assistant Secretary of defense for Asia and the Pacific Randall Shriver said that Washington recognizes the past when India and Russia in the defense sector, but in the future wants to refocus on Delhi itself.