Sipyagin was not expelled from the Orlov region, said the liberal democratic party

The words chosen Governor of the Vladimir region Vladimir Sipyagin about the ex-Governor of the region Svetlana Orlova misinterpreted: she needs to leave the region if she wants to work in the government, if no — let her stay, said the Vice-speaker of the state Duma from LDPR Igor Lebedev. 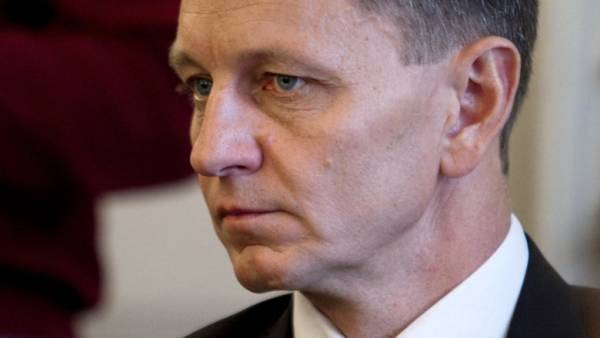 MOSCOW, September 25 — RIA Novosti. Earlier Sipyagin said he did not intend to offer ex-Governor of the region Svetlana Orlova’s work in their team. In comments to RBC, he recalled that Orlov is a native of another region, and said that, in his opinion, it will be useful for the good of the country to another region. The media interpreted this as a recommendation of the eagles to leave the area.

“I do not see in this statement nothing to worry about. Orlov we where born? What to do then in the Vladimir region? If it is, where to live, if she has family there, if she had a hobby of some kind — let live on health, no one is going to kick her out,” said Lebedev, RIA Novosti.

The politician explained that Sipyagin, in his opinion, said that Orlov should not remain in the power structures of the region.

In this regard, I think he was referring to. And humanly, she is still a woman who can work and wants to work, so let him go somewhere where I can find application to the forces.Igor Leedewyze-speaker of the state Duma from LDPR

The second round of elections of the Governor of Vladimir region was held on Sunday. After counting 100% of protocols the candidate from LDPR Sipyagin scored 57,03% of the votes, and nominated by the regional branch of “United Russia” acting Governor of the Orlov — 37,46%. The turnout was 38,29%, which was higher than in the first round of voting, where the turnout was 32,96%