The Kremlin will punish LDPR and the Communist party for high results in the gubernatorial election in Khabarovsk Krai, Primorsky Krai and Vladimir oblast, the newspaper “Vedomosti” with reference to sources. 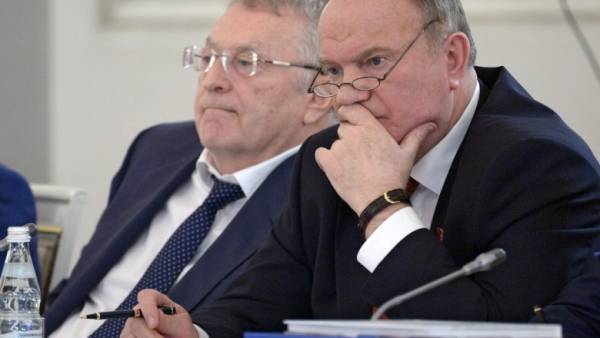 He cited the situation with the candidate from LDPR on elections in the Khabarovsk Sergey Furgala. First, he “promised not to campaign” but then actually refused the offer of the incumbent Governor Vyacheslav Shport to become Vice-Governor and eventually won the election. “The elections showed that they (the liberal democratic party And the Communist party. — “”) Inability. They believe that they alone will be saved, and therefore declared the coalition”, — said the source “Vedomosti”.

According to him, as a possible response, the Kremlin can refuse the CPRF and the LDPR assistance in the passage of the municipal filter at the next election, to align them with regions for elections. In addition, a meeting with President Vladimir Putin, which asked the leaders of the CPRF and the LDPR, it is unlikely now to be held in the near future.