London will provide shelter to the White helmets of Syria

British authorities are ready to accept representatives of non-governmental volunteer organization “White helmets” and their families under the program of resettlement of citizens of Syria in a vulnerable position. This was stated by the British foreign office. 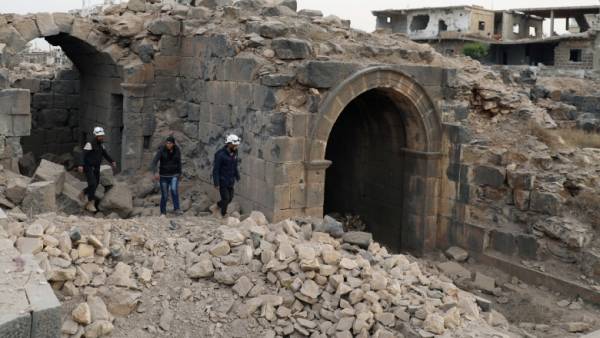 “Volunteers, “White helmets” have saved the lives of thousands of innocent civilians during the Syrian conflict and suffered terrible losses,” said the interior Minister Sajid Javid. He expressed pride that London will relocate the “brave men and their families, giving them the opportunity to build their lives anew.”

8 September, the representative of the defense Ministry Igor Konashenkov said on the gathering of terrorists in Idlib, with the participation of local coordinators of the “White helmets”. During the meeting, according to Russian authorities, approved the scenario of provocation using chemical weapons that are supposed to be held the evening of the next day in Idlib. On the same day, the U.S. air force fired at the settlement of Hajin white phosphorus, which led to strong fires.