Putin told Netanyahu that Russia will supply Syria With s-300

Moscow. September 24. INTERFAX.RU At the initiative of the Israeli side had a telephone conversation with President of Russia Vladimir Putin with Prime Minister of Israel Benjamin Netanyahu, reported the press service of the Kremlin. 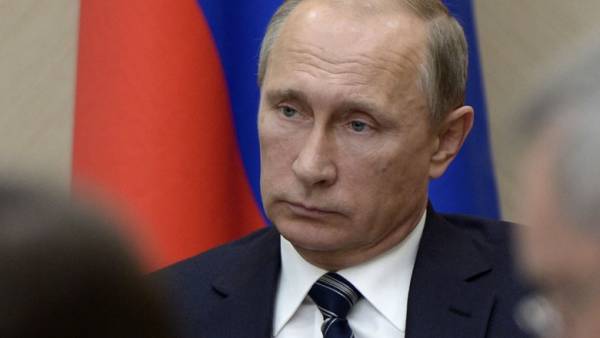 “The Prime Minister of Israel once again expressed condolences in connection with death of the soldiers on Board shot down on 17 December in Syria of Russian aircraft Il-20”, — stated in the message.

It notes that “continued discussion of the circumstances of the incident given the fact that the Israeli military presented information about the operation of their aircraft over Syrian territory at odds with the conclusions of the Ministry of defense of Russia”.

“The Russian side proceeds from the fact that it is the actions of the Israeli air force were the main cause of the tragedy”, — underlined in the message.

According to the press service of the Kremlin, “Vladimir Putin stressed that Russia adopted the decision on strengthening the combat capabilities of the Syrian air defense is adequate to the situation and aimed primarily at preventing any potential threat to the lives of Russian soldiers, performing tasks in combating international terrorism.”

On Monday 24 September, defense Minister Sergei Shoigu announced that Russia in the next two weeks will give the Syrian military anti-aircraft missile system s-300. According to him, Moscow will equip the Syrian command posts of formations of air defense automated control systems.