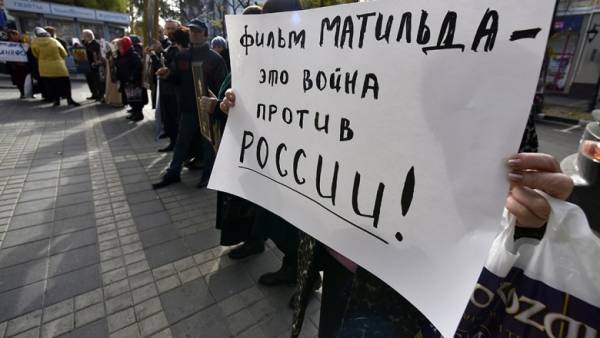 “At the expiration of the period of detention, which ended on September 23, Kalinin was released from the detention center”, — said the Agency interlocutor. According to him, the investigator Kalinin was elected a measure of restraint in the form of subscriptions on parole and good behavior.

The leader of the “Christian state” charged with four counts of being forced to abandon the transaction and inciting hatred or enmity. Currently, the investigation is completed, the protection gets acquainted with the case materials.

Kalinin was detained September 23, 2017 in the framework of the criminal case involving the forced film distributors to opt-out of the film “Matilda” directed by Alexei Uchitel. On the same day Tagansky court sanctioned his arrest. Guilt Kalinin recognizes, however, does not deny that religious beliefs were sent to movie theaters threatening letters.

In September last year, the lawyer of the Director of Teacher Konstantin Dobrynin wrote on his page in Facebook that unknown persons set fire to a car outside the office of the bar Association Pen&Paper in Starokonyushenny lane in Moscow. On the attached photos show how near the fire lay the scraps of paper on which is written “For her to burn.”

The police on the fact of ignition of the car “Honda” and “Mercedes” opened a criminal case on deliberate damage of property, which was subsequently detained brother Yury Kalinin, Alexander Bayanov and Denis Mantaluca. Moscow’s Khamovniki court on 29 March sentenced all three to two years of imprisonment each.