The constitutional court of Moldova suspended the President from his duties 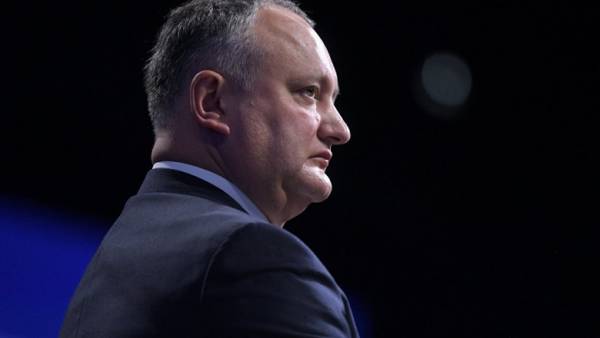 Earlier, Prime Minister Pavel Filip has invited President Dodon the appointment of two new Ministers. Minister of health, labour and social protection was planned to appoint Sylvia Rada, the Minister of agriculture and regional development — Nicholas Shank. In this he opposed those candidates.

“Acknowledges the circumstances that justify suspension of the President from office because of his refusal to appoint Ministers, who re-suggested the Prime Minister,” said the judge Poalelungi.

Dodon three were suspended from duties and two times it was due to the refusal to approve the nominations of Ministers — in October 2017 and January 2018, when he twice rejected the candidates proposed by the government under the leadership of Philip. Decrees appointing new Ministers were signed by the speaker of Parliament Andrian CANDU.