KIEV, September 24. /TASS/. The security service of Ukraine (SBU) summoned the Deputy of the State Duma, leader of the liberal democratic party of Russia (LDPR) Vladimir Zhirinovsky on September 27. The appropriate summons was issued the governmental newspaper “Uryadovy courier”. 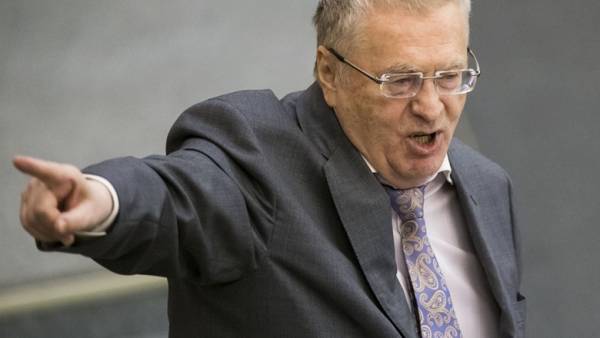 “The suspect is a citizen of the Russian Federation Zhirinovsky called for 09:00 27 September 2018 to the senior investigator of SBU”, — is spoken in the message.

Zhirinovsky waiting in the secret service for indictment and interrogation as a suspect. The Shevchenkovsky district court of Kiev on September 18, 2018 allowed special pre-trial investigation against the leader of the liberal democratic party and two deputies of the State Duma for the support of the self-proclaimed republics of Donbass.