MOSCOW, 24 Sep — RIA Novosti. Historians found in a library in London, the originals of the letters in which Galileo presented his arguments against the geocentric doctrine of the Catholic Church that became a pretext for accusations of heresy. This is the opening tells the news service of the journal Nature. 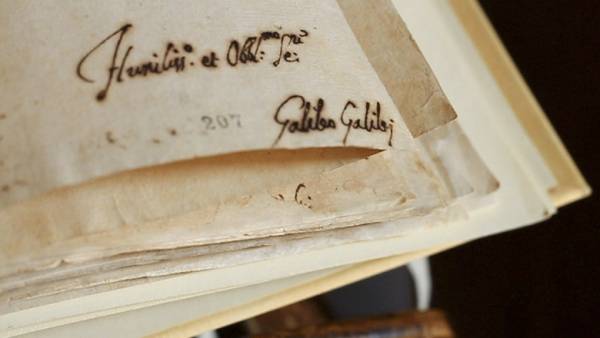 “It’s amazing, but these letters were not hidden — they were lying in the open in the form in the library of the Royal society of London. Nobody noticed for several centuries as if they were invisible or transparent. I’m glad we managed to find one of the first “declarations of independence” from the religion of science,” said Franco Giudice (Franco Giudice) of the Bergamo University (Italy).

The fire of enlightenment

Galileo Galilei, along with Giordano Bruno and Nicolaus Copernicus, is traditionally considered one of the first “martyrs of science” whose lives were cut short or seriously affected by conflict between their scientific interests and dogmas of the Catholic Church.

The main stumbling block in all of these cases were the ideas about how the Solar system and space. The Church adhered to the Ptolemaic geocentric model, in which Land was recognized as the center of our planetary family and the Universe in General, while three of the founder of modern astronomy questioned this postulate.

The problem of Galileo began in 1610, after he discovered the phases of Venus, satellites of Jupiter and some other heavenly bodies and phenomena, not ukladyvaetsya in the doctrine of the Catholic Church. Initially it is opened and the books have not attracted the attention of the Church and the public, but then the situation changed dramatically.