Chelyabinsk drowned in the garbage

The city declared a state of danger. 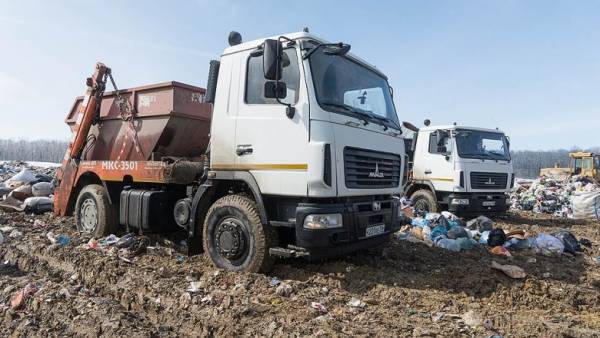 In Chelyabinsk has declared a state of danger due to the failure of carriers to take out the trash to the landfill in Poletayevo after the closure of the city landfill in the regional center. The decision of the authorities from the reserve Fund allocated 14 million rubles for the cleaning of the city from MSW. The works have already connected the operators from other regions.

The Commission on emergency situations of administration of Chelyabinsk declared a high risk due to landfills, resulting in waste sites of the city. September 11, the only landfill waste disposal in the metallurgy area completely stopped working. The day before district court of Chelyabinsk on the claim of the Prosecutor’s office has suspended the activities of the municipal operator of the municipal waste enterprise “Gorekotsentr”, skladyvalas debris at the site of a city dump, are not included in the state register of objects of placing of municipal solid wastes. According to the adopted in 2016, the territorial scheme for waste management to the commissioning of the landfill to the Chishma all the garbage generated in Chelyabinsk, decided to take on a temporary site in Poletayevo, Kopeysk and the village of Urety. In connection with the increase of the transport arm in mid-August, the carriers appealed to the city administration with the offer to raise tariffs for the export of waste, as was done at the end of 2017 for the MUP “Gorekotsentr”. 30 Aug South Ural deputies approved amendments concerning subsidies in revenues for MSW landfills.

After working for a week after the transfer, the city dump outside the city limits, the carriers ceased to export waste from container sites and Chelyabinsk literally drowned in the waste.News

Money — in the trash. From January charge for communal can increase dramatically

A few days from citizens received hundreds of complaints about mountains of waste in the yards. At the beginning of last week to the garbage disposal was joined by the operator of the Chelyabinsk cluster “Center of municipal services” (FCC, Magnitogorsk). As noted today at hardware meeting the head of the city Evgeny Teftelev, the end of the week the situation has improved. “We came in volumes that were previously performed by the contractors MUP “Gorekotsentr”, and that approximately 50% of all waste. But on Thursday, September 20, another operator of TKO — OOO “Gorekotsentr+” unilaterally terminated the contracts and stopped to take out the garbage with the rest of the city sites. Legal assessment of their actions will give the Prosecutor and kontrolno-audit chamber”, — said the mayor, noting that the worst-affected Kalininskiy district, which almost entirely (up to 300 container areas) serviced by the private operator.

Mr. Teftelev added that the elimination of the accumulated debris made a decision to allocate from the reserve Fund tranche in the amount of 14 million rubles.

According to the head of the Association of organizations and entrepreneurs in the field of waste management “Clean environment”, whose members refused to carry the garbage in Poletayevo, Konstantin Smolin, to be responsible for what is happening in the city have officials, because the carriers have repeatedly warned the authorities and the communal organizations of a coming increase in the financial burden. He noted that during the week of waste transport in Poletayevo carriers “burned a month’s supply of fuel, and now it is not that I don’t want to take out the trash, and physically can’t do it”. Mr. Smolin added, approved at the regional level, the subsidy to participants of the market garbage (abolition of fees for waste disposal to landfill previously was 300 rubles per ton.— “B”) compensates only a small part of costs incurred.