Ash, Buffalo milk and green ants: restaurateur became famous thanks to the recipes of the natives of Australia

Cook Jock, Soprillo born in Scotland, received the international prize for recipes based on ingredients from the cuisine of the Australian aborigines. 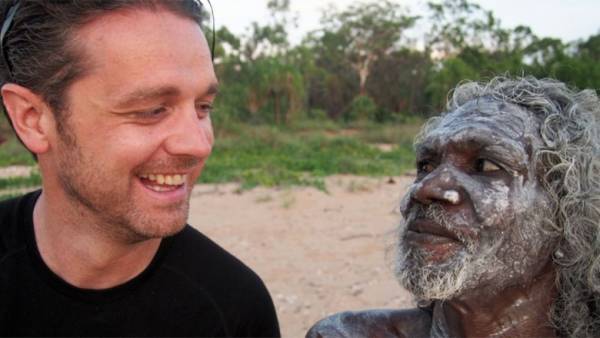 Soprillo visited hundreds of remote settlements in Australia, getting acquainted with how to cook the indigenous inhabitants of the continent.

Soprillo, the Italian-born, has its own restaurant Orana in Adelaide Australian. This year he became the winner of the world gastronomy competition organized by the government of the Basque Country and the Basque culinary center, and received a prize of 100 thousand euros.

the Australian aborigines have overtaken the Russians in courtesy

The award is given for outstanding culinary projects with social value.

Restaurant, Soprillo considered one of the best in the world, but this prestigious prize received for the kitchen of the institution and for contribution to the study of the culture and history of the indigenous inhabitants of the continent.

“The first Australians were the true discoverers of these lands, including in the culinary field, and their absence in our culture and, in particular, the culture of cooking, I consider unacceptable,” says Zafrilla.

“I was motivated by a desire to pay tribute to the deep roots of culture, which cultivated the land on which they lived for more than 60 thousand years,” says the restaurateur.

According to him, the Europeans came to Australia, it is very difficult to understand this deep relationship with mother earth is a very complex and spiritual connection. Indigenous rights have become the subject of heated political debate in Australia, but Soprillo believes that cooking is the best way to start a difficult conversation on this topic:

There is no doubt that the topic of food interests of all. In any country where there are different cultures, eating is an occasion for interaction between representatives of these cultures.

“I believe that Australian politicians understand that between them and the natives there is a cultural gap that needs to be overcome, and the most practical way to achieve this is to talk about food,” emphasizes the restaurateur.

Soprillo, founded the Foundation “Oran”, which is dedicated to finding and dissemination of recipes and knowledge of the Australian aborigines.