The Deputy of the state Duma Natalia Poklonskaya is suggested not to change the age of retirement. 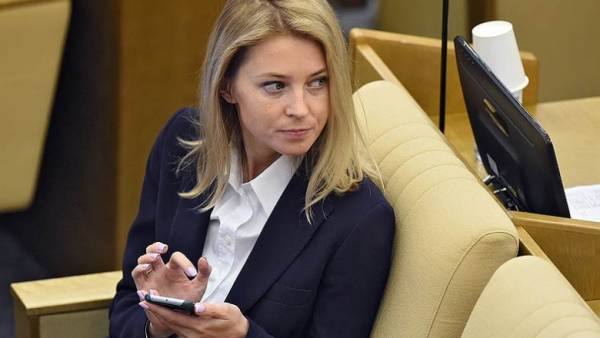 “At the end of last week I was introduced his amendment. First, leave the retirement age unchanged, but when it is reached (that is, 55 and 60 years, respectively) women and men have the right to choose: to retire or to continue working,” — wrote on his page “Vkontakte” Ms. Poklonskaya.

She also suggested increasing pensions by 3% in relation to the amount already accrued for each year of work. According to its plan, the payment will be charged after dismissal.

Natalia Poklonskaya finds that residents of Russia are interested in increasing work experience. Those women and men who are not able to work after 55 and 60 years, respectively, on the proposal of the Deputy, will be able to retire in General terms. MS Poklonskaya also offers freehold retirement citizens with experience from 37 years or more.

The state Duma on July 19 adopted in first reading a bill on changes in pension legislation. On 29 August President of Russia Vladimir Putin during a televised address, made proposals on mitigation of pension reform. He said that to raise the age of retirement for women to 60 years, not to 63 years, as proposed by the Cabinet of Ministers.