The smart thing to attack

Veronica Goryachev — about the risks of modern homemaking. 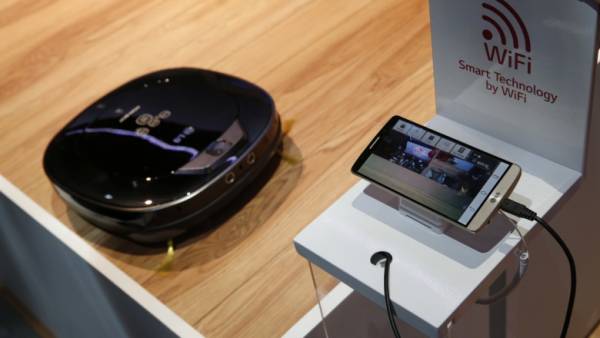 You trust your vacuum cleaner or coffee maker? Sure they are not accomplices of the hackers and not steal your money, don’t attack a Bank or large company? Most likely, you have not even thought about it. But to no avail.

How to know that you are listening through your gadgets

This week, “Kaspersky Lab” reported 33 dishwashers, which attacked special traps companies that collect data about new threats to IoT devices (“smart” equipment which has the ability to access the Internet). That is, hacked the dishwasher tried to attack traps that were supposed to protect them from viruses. And it’s not the only case in company Positive Technologies has reported a “smart” vacuum cleaners, which were suspected of spying on their owners, including the theft of data from their computers. And the Central Bank told about the “smart” coffee makers, involved in DDoS attacks on banks.

The five most dangerous “smart” devices, according to Positive Technologies, to include routers, DVRs, navigators, wireless control device and various sensors.

As noted in “Rostelecom-Solar” by themselves IoT devices are very vulnerable as they work with open ports administration. In fact, the same “smart” robot vacuum cleaner — a vacuum cleaner plus router, giving home appliances the ability to go online, for example, to order supplies, navigation and so on. The producer makes the system router as transparent as possible to different models of vacuum cleaners, coffee grinders and other household appliances could be compatible.

This is used by the hackers. Thus, according to “Kaspersky Lab”, in 2018, the number of malicious software to hack the “smart” technology has tripled compared to last year. Hitting the “smart” device, the Trojan gets into the internal network and can intercept traffic and information, including logins and passwords from online Bank and transfer it to attackers. Most often, when a new model comes out the next smart assistant becomes popular, hackers are looking for vulnerabilities, and finding them, breaking into the maximum possible number of devices. Later sold on the darknet data on already jailbroken devices, through which you can get into a home network or to go further and attack larger objects — often they are banks.

The paradox is that to protect your “smart” home assistant you, alas, can not — this should take care of the manufacturer. But just in case, better to limit the “smart” car in the Internet or to control the process — technique, of course, will lose some of the unique capabilities and independence, but you will sleep soundly next to your “smart” alarm clock.