Stormy Daniels is releasing a book about the affair with trump. What does it say?

At the beginning of October — a month before the midterm elections in the USA in sale the book ex-porn actress Stormy Daniels, in which she recounts her affair with Donald trump for more than a decade ago. From tabloid stories and rumours about the affair long ago turned into one of the major political scandals in the United States. 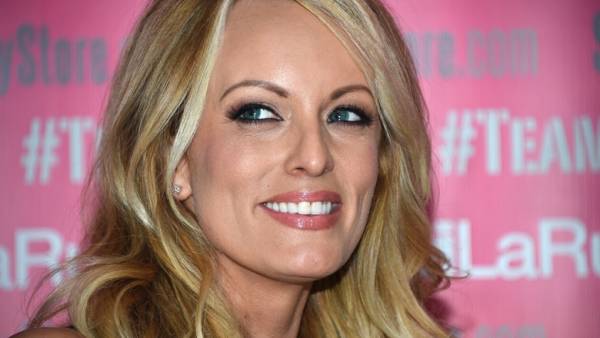 The book “Full disclosure” — that’s exactly what you can expect from Stormy Daniels, the unexpected heroine of American politics. With its contents are already familiar Guardian journalists, and they confirm: Daniels with a large number of intimate details, down to the shape of the genitals of the President of the United States, on the relationship with a billionaire, and about his life.

“If I had a relationship with Donald trump, you would have learned about them from the news and from books,” said a statement from Stormy Daniels that its representative gave to the press in early 2018. It was then that the Wall Street Journal said that trump’s lawyer Michael Cohen in 2016 shortly before the elections of the President of the United States paid Daniels (real name Stephanie Clifford) 130 thousand dollars for his silence.

Nine months later, Cohen under oath admitted that he had violated rules for financing election campaigns, paying Daniels, and claimed to have done so on the orders of Donald trump, to avoid bad press.

According to the allegations, Daniels (she soon after the publication of the WSJ no longer anything to deny), the billionaire was with her in when his wife Melania was pregnant.The news is

the Wealth of the President: how has the income of Donald trump

It is in this profession she has become a famous actress, writer and Director with numerous professional awards. Daniels even seriously thinking about running for Senate from Louisiana, but decided not to pull the participation in the presidential race.