Every fifth Russian saves on shopping

Every fifth inhabitant of Russia is committed to save on purchases. This is stated in the study Mail.Ru Research and service ads “Yula”, which acquainted “Izvestia”. 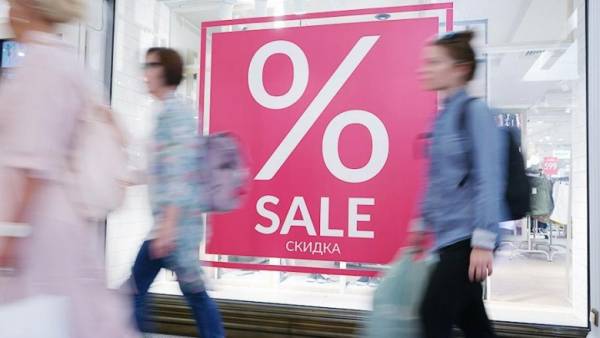 According to site statistics “Yula”, the number of hits on the Internet goods at a discount is 26% higher than the number of clicks on the proposals for the initial cost.

The majority of Russian citizens looking for discounts in both online and offline stores, and compares before purchase value of goods on different resources.

Search least cost in the Network is mainly concerned about the people age category 25-44 years. And only 12% of consumers buy products directly. Men and women were equally economical.

Experts attribute such savings with the fall of income of the Russian residents in 2014. However, in their opinion, the situation is beginning to improve.

According to Rosstat, in the first seven months of 2018 the real income of citizens increased by 2.6%, while in the previous four years the dynamics was negative.