The Kremlin said the second round of elections in Primorye

The Kremlin is monitoring the situation with the second round of elections of the head of Primorsky Krai. 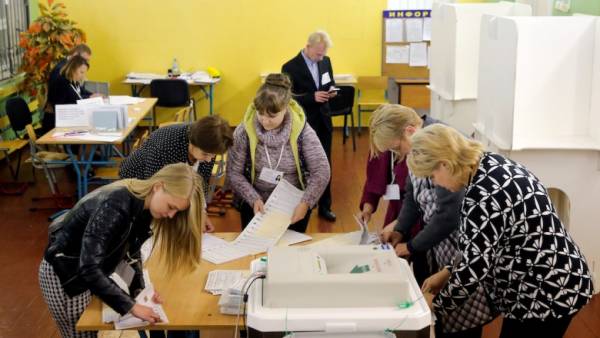 This was stated press Secretary of the President Dmitry Peskov. “We also see,” — he said (quoted by “Interfax”).

The representative of the Kremlin, citing the CEC, noted that while there are no official complaints about the voting process. “The statements [of the head of the CEC Ella ] Pamfilova we’ve all heard, that they let us to navigate,” — said Peskov.

During the second round of elections of the Governor of the Primorsky territory before treatment 98.8% of protocols of polling stations were in the lead the candidate from the Communist party Andrei Ishchenko. However, after treatment 99,03% of the protocols, leader is the current acting head of the region Andrei Tarasenko. By results of processing of 99.16% he gains from 49.55%, while Ishchenko is 48,06%.