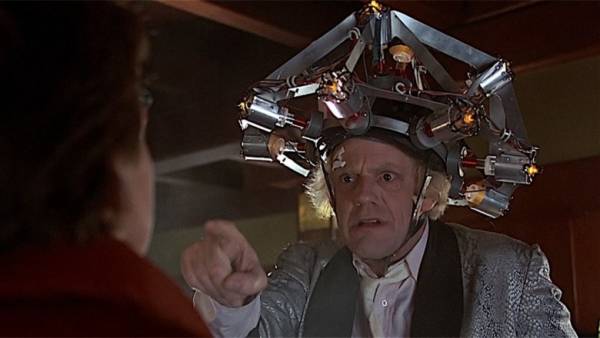 Mechanical brush-scratcher like the cows do not less foodNews

Mechanical brush-scratcher like the cows do not less food

Cows have a strong need for mechanical brushes through which the animals are itching for them, they are ready to overcome the same obstacles, and for food. To find out, canadian scientists taught 10 healthy pregnant Holstein cows open the gate with the weighting, which was food, a mechanical brush or nothing.

It turned out that cows alike have worked hard to get to meals and to brush and less interested in empty space.

Temple Grandin, a renowned expert on animal behavior, in a commentary for The New York Times compared the use of the brush for cows going to the Spa, and the authors of the study believe that the brush can get more popular in animal husbandry, if to show that they are the animals needed for a healthy and happy life.

Larvae-Dodgers did not waste chemical burps on the enemy. And survived

The larvae of the common pine Sawfly is widely known in narrow circles of the fact that collectively defend themselves from birds and arthropods using burp sticky liquid when do so many larvae at once, kind of sticky and toxic barrier between them and the attacker prevents a predator to catch a particular insect. Having grown up in a laboratory colony of 480 larvae and poked their capillary tube for 20 days — mimicking the “attack” Finnish biologists have learned that some larvae advantageous not to participate in a collective belch: those who are not helping the team defend, it increases the probability of surviving to the pupal stage.

The appeal of puppies in the eyes of the people reaches its maximum at the period of weaning from the mother, from six to eight weeks of life: it seems that natural selection has made dogs the most attractive at that age when they most need outside care. To confirm this, American scientists have proposed 51 participant of his experiment to evaluate black-and-white photos of dogs of three breeds: cane Corso, Jack Russell Terrier, and a white shepherd.

The nice volunteers are considered puppies at the age of six to eight weeks: cane Corso — 6.3 weeks, Jack-Russell — 7.7 weeks, and the white shepherd is 8.3 weeks.

The appeal of the cane Corso volunteers are appreciated less than the appeal of dogs of other breeds: scientists have linked it with the empirical observation that puppies breeds dark brown in color, much less taken out of shelters and off the streets.

Point added a negative connotation to the short message

American scientists have experimentally confirmed a well-known observation about network communication: a common point at the end of the message can paint it negatively. To do this, 49 students were asked to rate the screenshot of a short conversation consisting of a greeting, short questions (e.g. “do you want to come with me to repeat material from the lecture?”) and answer: negative (“no”), positively painted (“yeah”) and neutral (“maybe”).

Scientists have found that the point at the end of a short response to a suggestion or a question makes it much more dramatic and negative, and even if it is already negative.Scientists have named colony of king penguins two-dimensional liquidNews

An international group of scientists decided to describe a colony of king penguins using one of the physical models of two-dimensional fluid, in which the interaction between the elements is similar to the interaction between non-polar molecules. Computer simulation of the colony have shown that its structure is most similar to the glassy state of matter and is used for birds a compromise between the colonies of great density and location alone.

Such organization of the colony allows it to respond quickly to external perturbations, the scientists concluded. Their discovery has practical significance: description of bird colonies on the basis of physical models will help to more accurately predict the mechanisms of animal migration, for example as a result of climate change or due to other external influences.