In Egypt found another ancient Sphinx

MOSCOW, 16 sen — news. The Egyptian archaeological mission that worked on the project of lowering the groundwater level in the temple, located near Aswan, has discovered the statue of a Sphinx made of Sandstone, according to the Ministry of Affairs of antiquities of the country on his page in social networks. 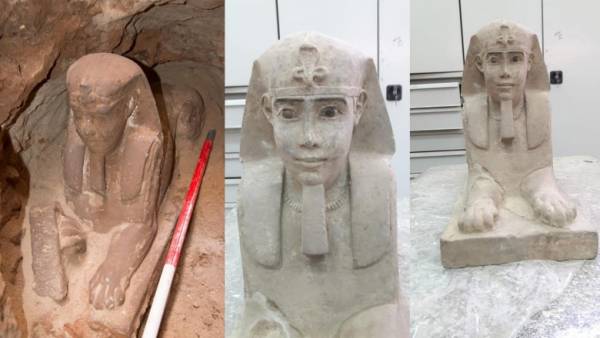 The Secretary-General of the Supreme Council of antiquities of Egypt Mustafa Vaziri explained that the statue probably belongs to the Ptolemaic period (331 BC — 31 BC).

She was found on the South Eastern side of the temple in komombo, in the same place where two months ago was discovered a statue of Ptolemy V.

The head of the organization “the Aswan antiquities” Abdel Abdul Saeed, said that they plan to conduct more archaeological research to obtain new information about the Sphinx.

Previously discovered finds in the excavation area has been transferred to the national Museum of Egyptian civilization in Fustat.