A sharp drop in the Turkish Lira over the past year greatly worried European officials in Germany, in particular, fear that full-blown economic crisis in Turkey could destabilize the situation in the middle East and lead to the next surge of immigration. Media even write about the possibility of Germany providing financial assistance to Ankara, but German politicians do not hurry to confirm the rumors. 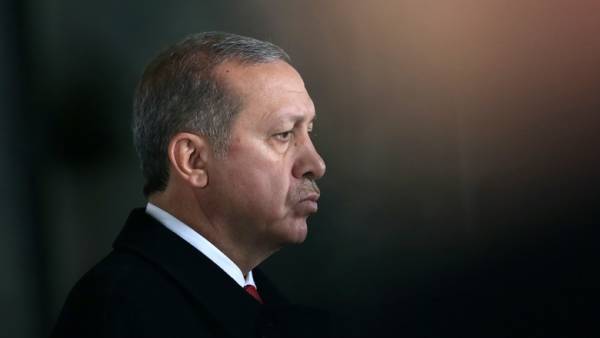 The deterioration of the economic situation in Turkey is increasingly concerned about European politicians, who worry that the problems of Ankara can spread to European countries and to lead to destabilization in the middle East and the increasing flow of migrants arriving in the EU.

28 September, President Recep Tayyip erdoğan will travel to Berlin, where will be discussed, including possible measures to restore the Turkish economy. Last week Ankara was visited by the Minister of foreign Affairs of Germany Heiko Maas.

Maas went to Ankara to try to establish relations of Germany and Turkey, which grew cold after suppressing a coup attempt in Turkey, in the course of which was arrested by the tens of thousands of people, including German citizens.

While Turkey is facing a crisis after the United States imposed sanctions, officials from Germany, the richest country in Europe, saw the chance to establish a relationship that will potentially lead to improved conditions of detention of remand prisoners.The New York Times

Recent Russian VKS airstrike on terrorist targets in the Syrian Idlib was also discussed at the meeting of the Meuse, with the President of Turkey Recep Tayyip Erdogan and foreign Minister Mevlut Cavusoglu.

At a joint press conference following the talks, Cavusoglu said that now the refugees from Idlib probably will go to Turkey and European countries.

“Germany is ready to double the amount of humanitarian assistance, if it comes to the extension of the front of struggle in the region,” said Maas. At the same time, he noted that the talks with Cavusoglu. he raised the issue of the withholding in Turkey, the citizens of Germany, although he refused to tell the details of this conversation.

Meanwhile, the foreign Minister of Germany said that Germany is now not discussing the possibility of Turkey’s financial aid to prevent a full-blown economic crisis, which is a potential threat for European countries.

Recall, for 2018 Turkish Lira lost 40% of its value against the dollar, leading to inflation and pressure on companies and citizens who have debts in foreign currency.

“Of course, we will inform about the economic situation and that the Turkish government is doing to overcome it. At the moment I don’t think this means that we need to discuss measures to help,” said Maas in a press-the approach before flying to Turkey, where he held another meeting with his Turkish counterpart Berat Albaraka.

Earlier, the American newspaper the Wall Street Journal, citing senior officials in the government of Germany and the EU, wrote just the opposite — the material of the publication mentioned that the German government is considering providing financial assistance to Turkey in connection with fears that a full-scale economic crisis could destabilize the region.