MOSCOW, 16 sen — news. Internal Commission RSC Energia completed investigation of the emergence hole in the spacecraft “Soyuz MS-09”, introduced in its conclusions, “Roskosmos” the last photos of the ship at the stage of Assembly where the case there is no hole, told RIA Novosti source in the space industry. 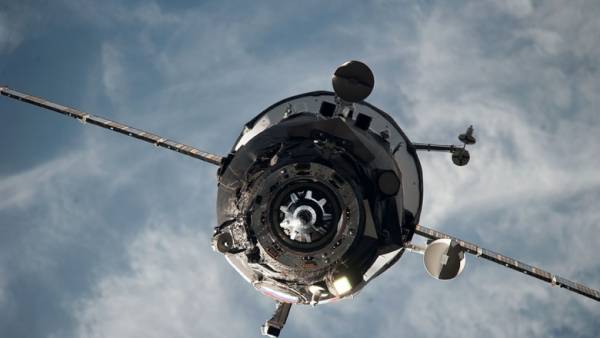 the Latest pictures of the plating of the spacecraft “Soyuz MS-09” was made in the workshop of the 45 experimental machine-building Plant of Rocket-space Corporation “Energy”. Photographic images were made before and after the installation of the screens meteoroid bumper. Photos no holes on the body are not detected.the interlocutor of the Agency

He explained that protivometeoritnoy protection special aluminum panels which at the request of NASA since 2012, are set at the household compartment of the spacecraft “Soyuz” with the purpose of providing additional security against micrometeorites and space debris.

After the ship was equipped with protivometeoritnoy panels and shut down screen-vacuum thermal insulation, “Soyuz MS-09” was sent to the final Assembly shop, and then on test systems in the test station on the territory of RSC “Energy”, after which was delivered to the Baikonur cosmodrome.

“So, unless you consider the version of the drilling ship in space, a hole was conducted in those 180 days meanwhile, left the shop in RKK “Energy” and launch into orbit,” — said the Agency interlocutor.

The head of Rocket and space Corporation “Energiya” Sergey Romanov on 10 September presented a report on the results of the investigation of an internal Commission of the enterprise the General Director of state Corporation “Rosatom” Dmitry Rogozin. After this a Commission was created the state Corporation, headed by the first Deputy head of Roskosmos Nikolai Sevastyanov.

According to Rogozin, the timing of the fee is not established, because the main task of the Commission is to get to the truth. At the same time, informed the press service of Roskosmos said that he would present a report on the reasons for the emergence hole to the middle of September. The RIA Novosti source familiar with the report of an internal Commission of RSC Energia argues that the Commission failed to establish the true causes and perpetrators of the emergence hole.

Earlier in mass media and Telegram channels appeared information about the possible involvement of American astronauts to drill the holes in the “Union”. Rogozin refused to comment on this version, although on 3 September said that the hole could be made in the space someone of the crew members. Wednesday about the version of the involvement of American astronauts, as a priority, wrote the newspaper “Kommersant”. Deputy Prime Minister Yuri Borisov said that such communications are inadmissible and called to wait for completion of the investigation. After that, Rogozin also wrote that it is necessary to complete the investigation before making conclusions.