Moscow. September 15. INTERFAX.RU IN Tbilisi declare that the Georgia lab named Senator Richard Lugar is transparent, and regular accusations from Russia about its activities are baseless. 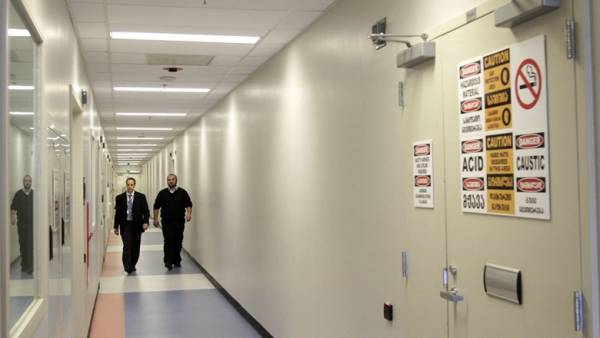 “No closed or secret trials in this centre is not carried out, especially over people that is absurd,” — said on Saturday the First channel of the Georgian special envoy of the Prime Minister of Georgia for relations with Russia Zurab Abashidze.

According to him, this laboratory is the property of Georgia, its activities are financed from the Georgian budget.

“Similar laboratories exist in many countries, including Russia. Laboratory Lugar is running in transparent mode, its doors are open for foreign scientists and experts,” — said Abashidze.

Earlier official representative of Russian foreign Ministry Maria Zakharova expressed concern that biomedical research United States pose a threat to the spread of infectious disease in the post-Soviet space. In particular, she cited the example of Research center of public health Richard Lugar in the suburbs of Tbilisi, which studies particularly dangerous infection and viruses, and pathogens.

11 September on a press-conferences in Moscow the former Minister of state security of Georgia (1993-1995) Igor Giorgadze made a statement that in the laboratory, which operates near Tbilisi under the auspices of the United States, can be especially dangerous bacteria and viruses. In particular, he referred to the testimony of American Jeffrey Silverman, according to which, in a laboratory. Lugar “are dangerous to health substances and test them on the local population”. “Produce anthrax, plague and swine flu,” said Giorgadze.