Moscow and Damascus are waging an information campaign against members of the Syrian organization “White helmets”. With such statement at a briefing for journalists the official representative of US state Department Heather Nauert. 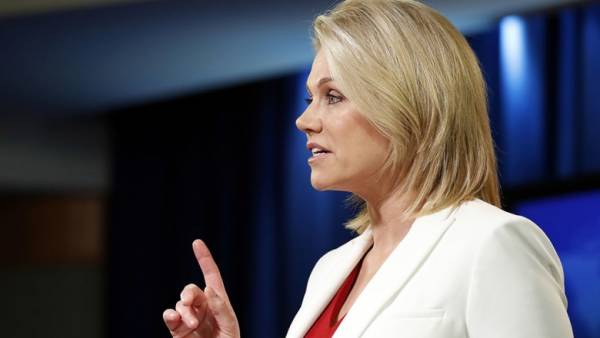 “The Assad regime and Russia continue to falsely accuse the “White helmets”, in the framework of a large-scale campaign of misinformation, which is dangerous for the volunteers, she said. — The United States and its allies continue to support this organization.”

Earlier, on 11 September, the Russian Centre for reconciliation the warring parties in Syria said that in Idlib province began filming a staged attack using chemical weapons. The defense Ministry said that in the village of Jisr al-Shughour on a previously prepared scenario removed the provision of assistance to civilians, “White helmets” after “the alleged use by the Syrian army so-called barrel bombs with toxic substances”.

“White helmets” operating in Syria non-governmental organization. It is based in the UK rescue team, consisting of Syrians, who have passed special training abroad. Previously uploaded them to the network rollers on himatakah in Syria has been called dubious and staged.