The Communist party, asked Putin to postpone for a year elections of the Governor of the Vladimir region

Moscow. September 11. INTERFAX.RU — IN the Communist party will appeal to the Russian President with a request not to hold a second round of elections of the Governor of Vladimir region, and to postpone the elections for a year, said to “Interfax” Deputy Chairman of the Central Committee of the Communist party Yuri Afonin. 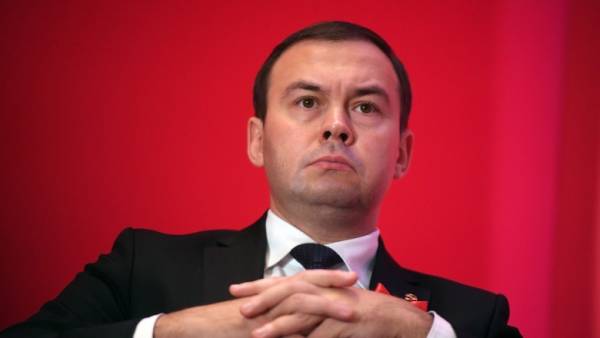 “We have prepared an appeal to the President of the Russian Federation with a request to postpone the election of the Governor of Vladimir region for a year”, — said A. Afonin on Tuesday.

He noted that this idea belongs to the party leader Gennady Zyuganov, and its extension, due to the fact that “the real candidate who had to win in the first round in these elections — Maxim Shevchenko was not allowed to participate in elections.”

“In the end, the vote showed that in the absence of real competition, the acting Governor of the Vladimir region showed a very low result,” said Afonin.

Monday, September 10, at a press conference at Central office “Interfax” Zyuganov said that it is not necessary to hold a second round in the gubernatorial elections in Vladimir region, as a result of the “failed candidates”.

“There’s a second round, no one with whom to spend have to apply formally to the President,” — said the politician. According to Zyuganov, in the Vladimir region it would be prudent now to appoint an acting Governor in order to hold full elections.

Thus, the gubernatorial elections will take place in the second round.

Earlier, the CEC head Ella Pamfilova said about the need for correction “the municipal filter”.

Initially, the election Commission of the Vladimir region has received applications from eight people about the intention to participate in elections of the Governor.