Two against UFOs. What truth was looking for Mulder and Scully

A quarter century ago, on 10 September 1993, the American television channel Fox showed the first episode of the series “Secret materials”. 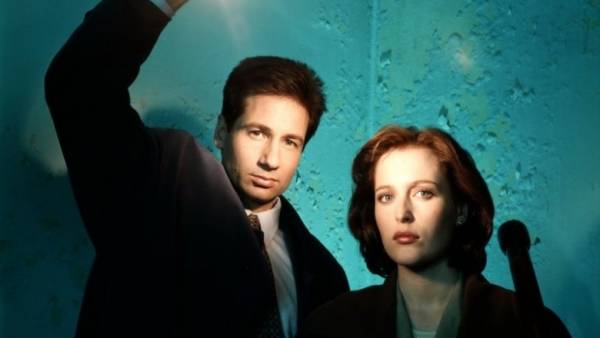 In the first “x — files” – TV series of partners, working in law enforcement. This format is very popular (not only in police procedural COP shows), very convenient for writers and enjoyable for audiences: a strong friendship believe people on both sides of the Atlantic. Of course, the composition of such pairs is very different, the authors of the films and TV series head to itself broke, coming up with new combinations of types and characters. But all agree on one thing: the partners are supposed to be different.

Fox Mulder and Dana Scully are downright perfect example. He’s a man, she is a woman, he’s restless, she’s diligent, he believes in all the hell and aliens, she offers to look for an earthly explanation. Together they brought the case: Scully needed a job at the FBI as Mulder’s partner who at least will pretend that he is ready to investigate crimes, which clearly reeks of the paranormal. These characters first appeared on screen in September 1993, they have lived together for nine television seasons, became very close and did played them actors David Duchovny and Gillian Anderson real stars.

During the download an error has occurred.“The truth is out there”

Probably, the producer and writer would be easier to prove to the bosses of Fox need to start your series if the main characters were two men, for example, different skin color, and he was like a buddy movie. Especially since Duchovny filmography does not inspire respect (transvestite in three episodes of “twin Peaks” Yes, “red Shoe Diaries”), and Anderson it does not exist. But Carter managed to negotiate: and mixed a couple of the main characters, and their actors.

Rather, the point is that in the foreground of the x-files was still the same hell. Conspiracy theories in General are very popular among the masses, and few people will refuse to argue about the existence of aliens, Americans flying to the moon or about the real power of the “Bilderbergers”. And if this tasty theme wrapped in wrappers detective, the audience does not need anything more.

Rather, it is necessary, of course. “The x-files” tasted at once: the first episode was interested in a total of 12 million people. For the then Fox it was not too much. For example, at the end of the season the show ranked only 111th in the list of the most popular programs. Then, of course, everything has changed: and fans increased, and the ratings become higher, and indeed “the x-files” gradually acquired a cult status. By the way, not least due to Duchovny and Anderson.