In the USA released a stamp in memory of John Lennon

The U.S. postal service issued commemorative stamps depicting the legendary musician and former soloist of the British group The Beatles John Lennon. On September 7 the newspaper the New York Post. 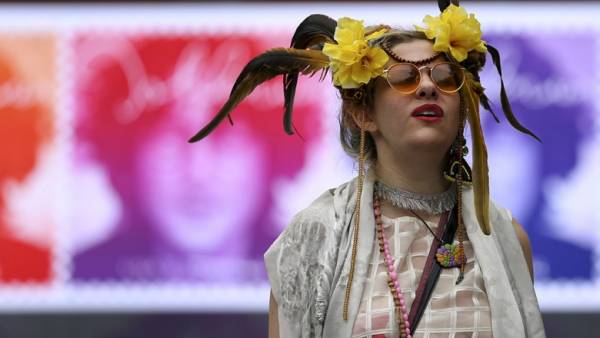 The presentation was held in Central Park in new York. The photograph depicts the musician with ruffled hair and round glasses. It was made in 1974 solo album Walls and bridges.

“I took this photo 44 years ago. I could not dream that it will become a postage stamp from the United States,” said photographer Bob Gruen.

The event was attended by the widow of a rock musician Yoko Ono and his son Sean Lennon. He noted that his father was proud to call the United States home.

“He wanted to live in America and loved this beautiful country and beautiful city,” said Sean Lennon.