MOSCOW, 9 sen — news. Ukraine begins transfer of armored in the Azov sea and begins to create a full-fledged naval forces, as reported by the “Ukrainian military portal” with reference to sources in the General staff and high command of the Navy of the country. 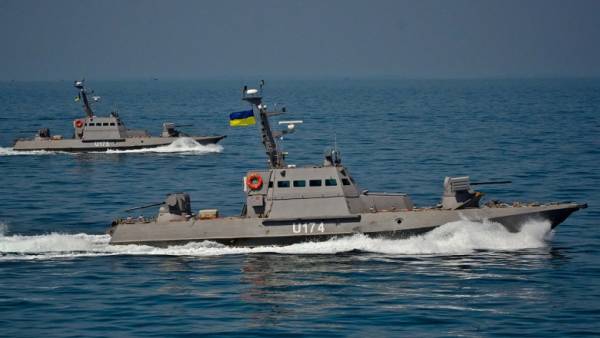 According to the portal, on the morning of 8 November in Berdyansk noticed a small armored boat of naval forces of Ukraine, which carried on a cargo trailer. In the near future, according to the publication, there are planning to throw three small artillery boats.

As the “Military portal” to the end of this year on the Azov sea, the construction of a full-fledged naval base of the Ukrainian Navy, and deploying boat division.

Previously the Council of national security and defense Council (NSDC) of Ukraine adopted a decision to strengthen its military presence in the sea of Azov and the support of the divisions of coastal defense latest high-precision missile weapons.

Kiev accuses Moscow of blocking cruise ship arrivals, which follow in the ports of Ukraine through the Kerch Strait, which ships idle, and their owners suffer losses. While Deputy foreign Minister of Ukraine Olena zerkal said that Russian border guards do not violate the protocols during the inspection of Ukrainian ships in the Azov sea. The Crimean border guard service reported that inspection of foreign ships is conducted in accordance with international law of the sea, comments and complaints from the shipowners has not been received.

Currently in the Navy APU consists of six light armored type “Gyurza-M” built by factory “the Smithy on the Rybalsky” owned by the President of Ukraine Petro Poroshenko. Earlier media reported that due to numerous errors in the design of their supply boats constantly broke.