Food and medicine delivered to detained in South Korea, the Russian ship “Palladium”

Moscow. September 8. INTERFAX.RU — the Crew detained in the South Korean port of Pusan to the Russian ship “Palladium” has received food and medicines, the lack of which is complained sailors, Chairman of the far Eastern regional organization of the Russian trade Union of seamen (DVRO rpsm) Nikolay Sukhanov. 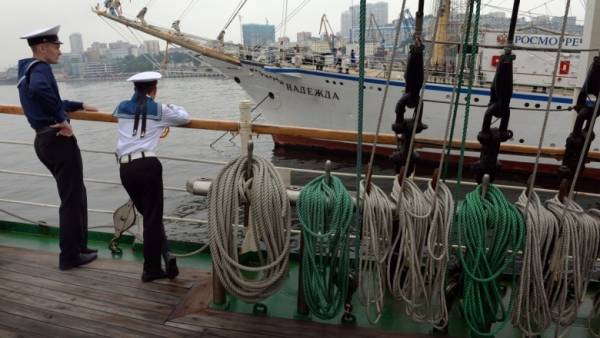 “The message came from the ship “Palladium”, one of the crew members reported that thanks to the media and coverage of issues arising on the ship, on Board delivered products of 20 days. The Russian Consul has taken the necessary medication,” said Sukhanov. Sailors continues to poll the South Korean police banned the crew ashore, he added.

As reported, last week the coast guard of South Korea have detained the Russian ship “Palladium” with 15 crew members on Board, which voluntarily left the port of Busan.

Several members of the crew during the detention resisted. Currently detained the captain, the shipowner and the boatswain. “Palladium” is located in the port of Busan, 11 sailors are forbidden to go ashore.

Earlier, the crew met with the Russian Consul, spoke about the current situation. The sailors said that want to return to the Russian Federation, and also that there is a debt under the salary for July-August.

Vice-Consul of the Consulate General of Russia in Busan Evgeny Evdokimov previously reported “Interfax” that the question of the repatriation of seafarers is in progress. Russian diplomats, he said, “are in constant contact with South Korean authorities on the situation of the detained Russian vessel and the sailors.”