U.S. prepared to strike Russia in “their” territories in Syria

The us military is prepared to strike Russia in “their” territories in Syria. Military sources told CNN that the Russian side twice in the week had warned them about a possible attack on Washington-controlled territories. 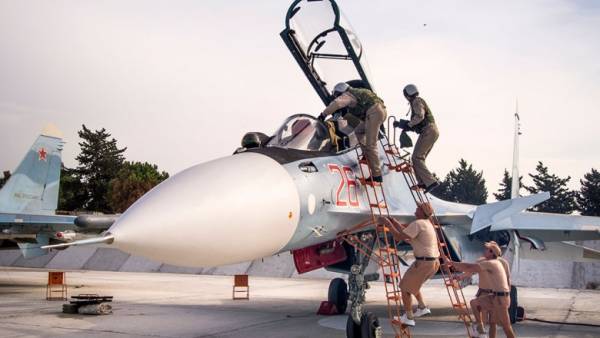 According to them, Moscow believes that under the protection of the Americans in the country are illegal armed groups. According to the channel, the warnings have forced the military concerned that they will be in danger if Russian aerospace forces will continue the strikes on Syrian territory.

Of particular concern is the base of the US coalition of al-TANF in HOMS province. Washington fears that the Russian military conduct air strikes in the Eastern part of the Mediterranean sea, where, presumably, may be the opposition groups.

A confrontation might unintentionally be involved the us military. They, in turn, retain the right to defense in case of attack and can act without permission from the government. “We encourage them [the Russian VKS] keep away from At Tanfa, the source said. We are ready to retaliatory actions.”

Currently, the Syrian army is attacking the last country in the position of the terrorist group “Islamic state” (IG, is prohibited in Russia). On 4 September the Russian space forces conducted a large-scale bombing of Idlib. The defense Ministry explained that the pinpoint strikes had destroyed the shop, where the militants were gathered attack drones, and a warehouse with explosives.

Armed conflict in Syria began in 2011. It involves government forces, acting on the side of President Bashar al-Assad, moderate opposition and various Islamist groups. In recent months there are increasing reports about the truce and the surrender of weapons by militants.