Fossilized graveyard of insects captured the explosion of diversity

An international group of scientists from Britain and China, have found five areas with a large number of fossil insects, belonging to the middle and the end of the Triassic period, there existed 225-200 million years ago. 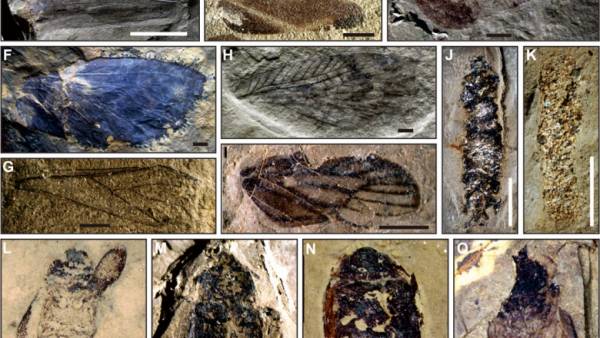 A study of the remains made it possible not only to find the most ancient evidence of the emergence of some modern features of this group of animals, but also to prove that at the time appeared a very large number of insect species with complete metamorphosis, and also inhabit the water. The results presented in the journal Science Advances.

Insects are the most diverse group of animals, compared with other classes of animals do insects have the most species. New work shows that the explosive development of insects began after the Permian-Triassic extinction, the most significant of five “great extinctions”. During this event, which occurred approximately 252 million years ago, killing about 90% of all marine species and about 70% of land animals. Many insects existed before this, but previously, scientists weren’t sure which of them survived the cataclysm.

In the new work refers to the research of the five provinces with fossil finds in North-West China, two of which were particularly rich in fossils.

Each of these plots represents the bottom of an ancient lake, covered by limestone and other sedimentary rocks. Only in these two areas paleontologists have found fossils of 800. Were found the remains of insects, 28 families from 11 orders.

Among them were many advanced species such as flies and beetles that didn’t make it to the Permian extinction. Biologists call this the well-preserved remains of insects.

New data indicate that a wide variety of insects appeared significantly earlier than considered before. This is especially true of those organisms that lived in the water, such as dragonflies, caddisflies, grebski and water beetles. Previously, scientists thought that the biodiversity of these animals did not appear until 130 million years ago.