“City cash” to pay off in court

Through a network of points of payment for utility services annually in cash of 5 billion rubles. 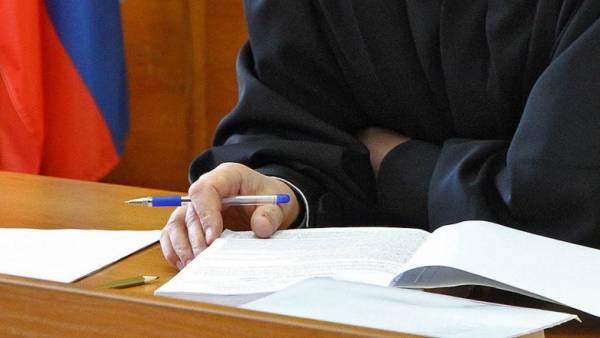 Voronezh police brought to trial a major criminal community absalikov, which, according to the investigators, led by brothers Ruslan and Paul Potters. Police said that through a network of points of payment for utility services “City cash” they played every year RUB 5 billion for a 1.5% Commission and earned a total of 170 million rubles. the representatives of the protecting brothers potters are confident that the police made “not only legal but also factual errors” during the investigation, do not recognize the participation of their clients or in a criminal Association or a criminal cashing, hoping to beat the charges.

According to the official representative of the Ministry of internal Affairs of Irina Volk, the two organizers and eight members of the system cashing is accused of illegal Bank activity in the structure of the criminal community (part 2 of article 172; article 210 of the criminal code). According to investigators, Lipetsk residents Paul and Ruslan Gonchar was pumped through several controlled legal entities, more than 5 billion rubles per year and cashed them to interested parties in a 1.5% Commission.

The total income from this activity to the police at first estimated at 98,5 million rbl., and in the end, the law enforcers have counted more than 170 million rubles. “net profit”.

According to the indictment, the brothers Potters decided to use one of the largest cash flows in the country — payments of the population for housing and communal services. In Voronezh and Moscow, but mostly in the Lipetsk region, they opened points of reception of payments Agency company under the brand “City cash”. The service was popular days of the receipt of payment orders outside the Windows of their pavilions in Lipetsk there was even a line. Then received cash in exchange for “clearing” has passed on to interested people. The case was transferred to the Soviet district court of Lipetsk, at the place of registration of one of the involved legal entities in the schema.

Investigators interested in this story in the beginning of 2015. In the spring, March 20, they opened a criminal case, but after five days together with field investigators of FSB have detained the two brothers. They are three months in detention, the security forces has attracted half a dozen people as suspects. Some participants, passing on the case rank-and-file performers stayed in jail longer than the organizers, and one of the girls-cashiers “City cash” was there for a year. Summer 2015 both Gonchar was in Voronezh under house arrest and tried unsuccessfully through the courts to obtain the transfer in Lipetsk, where one of them was flat, and the other a house.

The OOO “City ticket office” in 2017 was almost bankrupt, but paid off with creditors and continues the work.

The defence say that they will attempt in court to refute the position of the investigation. According to the lawyer of Pavel Maltsev, representing the interests of Paul Potter, the investigation made a number of “factual and legal errors.”

“They are charged with criminal Association, based on the fact that all of these people worked in the same firm, where he was engaged in lawful activity. It actually claims to “City cash” the investigation is no. In addition, they are constantly changing the so-called Commission. In the case has changed several investigators, and there were several examinations. Last stopped at 1.5%, but the investigator determined decision entered in the indictment 1%”, — explained Mr. Maltsev.

“For example, there was a girl-the cashier, which is not managed, but spent a year in jail. Or the freight forwarder that the Potters took the documents and was listed as the nominee Director of one of the firms. He also went through an insulator. This is not to mention the four defendants sitting in jail, and then achieved the withdrawal of all charges,” he explained.