Verka Serduchka spoke to “the first persons of the Russian policy” 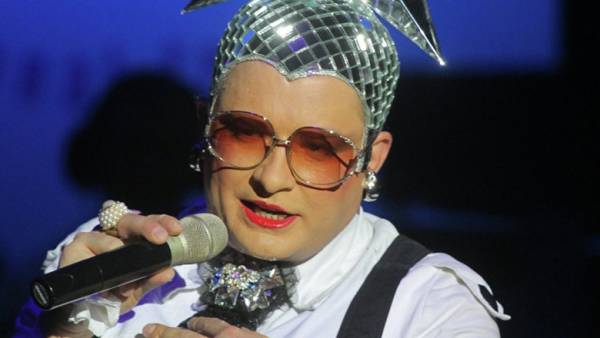 “It’s a courageous act, Andrei Danilko, it was even said himself Igor Krutoy, after his speech or even during. Don’t want the music again became part of the policy,” said Razygraev.

According to him, the woman comes to Moscow often enough, but its concerts at corporate events never publicized. In Sochi at the afterparty of the festival “New wave” Danilko made to the General public.

“But to speak openly in front of the first persons of the Russian show-business and, as it turned out, a policy that hasn’t happened,” added Razygraev.

According to the radio, the video from the performance of Verka Serduchka noticed the wife of the Prime Minister of Russia Svetlana Medvedev.

Svetlana Vladimirovna Medvedev was spotted on the front rows of the dance floor for the after party of the New wave. pic.twitter.com/12BqCpsmv5

In may 2017 Verka Serduchka told about the speeches of the Russian politicians. According to Danilko, he occasionally works in the Russian corporate. The actor noted that at such events “walk” most of the Ukrainians who live in Russia.

“And the story was when the events had just begun and the party walked in Russian politics — the tension was such that the air is heated. We go out in Ukrainian national costumes — and then played the national anthem of Ukraine. And they all stood up. And then ran to us and began to tell: Yes, I’m from Ternopil, and in this spirit,” recalled Danilko.