Do not switch. Are Russians ready to abandon analog TV?

Disabling it will start from 1 January. In the Ministry of communications expect high demand for TV set-top box, but retailers remain calm. How to prepare for the shutdown of analog TV and will the Russians with old televisions to watch the new year’s President? 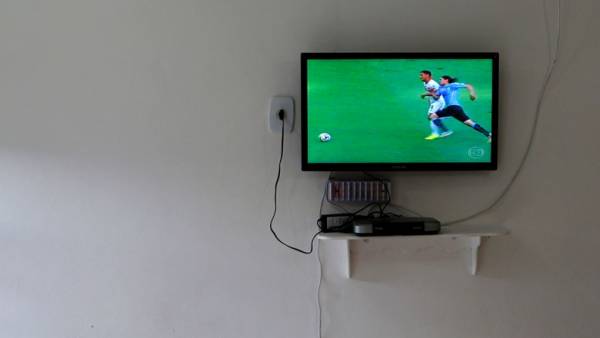 The communications Ministry has warned about the high demand for TV set-top box at the end of the year. The fact that from 1 January on Federal channels will begin to turn off analog broadcasting. TASS said Deputy Minister of communications Alexei Volin. While the regional companies will make their own decision and “will be able to broadcast in analog for as long as they have the money and the desire,” added Wolin.

According to the Ministry of communications, the proportion of those who use analog television, today accounts for 10% of the entire audience. Basically it is owners of older TVs without a digital receiver. All of the modern devices it is. The necessity of switch-off of analogue broadcasting in the Ministry explained that it is subsidized from the Federal budget, and this extra load.

Digital broadcasting allows you to pass through the multiplex not one but several channels. This greatly reduces the cost of signal transmission. And for those whose TVs only accept analog broadcasting will have to get a console, says chief editor of the Agency “Telescope” Eugene Kuzin:

Operate in parallel with terrestrial digital and terrestrial analog signal. For the state and for communicators this is a double load, they don’t need. Of course, they want it quickly to get rid of. Part of the audience, especially in small towns, still takes the TV signals on a conventional antenna. I can’t say that it is very difficult: for example, if you take some village where ten yards and people live very older, still someone one who knows how to reconfigure the channel on a regular TV, and will deal with this console. In fact, to connect the antenna, connect the cable to the TV and press the auto-tuning of channels.Eugene Usingany editor of the Agency “Telescope”

The abandonment of analog broadcasting announced a long time ago, and many have already got the required consoles, so the hype is unlikely, says a press-the Secretary “M. Video” Regina Rodnyanskaya:

The demand for the last two or three years has been quite smooth. We sold about five or six thousand consoles every month and in the short term do not expect excessive demand, although a slight increase is possible simply due to the fact that now the audience will be more actively informed about the transition to digital broadcasting. The budget may be very different. Set-top boxes of DVB-T2, the standard prefixes for the transition to digital broadcasting will cost around 2000 rubles. They are installed to any TV that is connected to the antenna.Regina Rodnyanskaya-the Secretary “M. Video”

But even those who do not have time to do this before January 1, you should not get upset. As promised the Deputy Minister of communications Alexei Volin, the new year’s President and “Blue light” look all: decommission equipment will gradually ten days after the New year.