The confrontation between Russia and the United States is growing, Lavrov said

CHELYABINSK, 4 Sep — RIA Novosti. The Russian foreign Minister Sergei Lavrov believes that the confrontation between Russia and the United States is growing, as evidenced by the promotion of the military infrastructure of NATO to Russia’s borders. 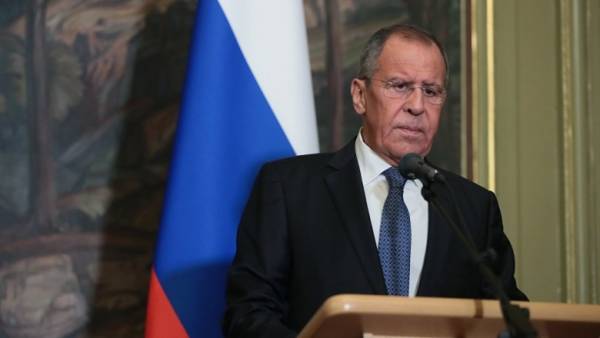 “If we take the political heat, the intensity of the rhetoric… Yes, confrontation increases, the tension increases. The United States initiated the expansion of NATO to our borders… the placement of military infrastructure at our borders. USA, UK, Canada, France, Germany place their battalions in the Baltic States and other countries that border with the former Soviet Union. They also promote initiatives to enable NATO to Georgia and Ukraine… gave them a formal invitation,” Lavrov said on Tuesday in the program “the Big game” on the First channel.

He compared what is happening with the events of 2008, when Georgian President Mikhail Saakashvili “has imagined that he can do anything, and attacked its citizens…”.

The same, according to Lavrov, can be applied to Ukraine — continued confirmation that Ukraine will be in NATO, “turned his head” to President Petro Poroshenko, and now Kiev is stepping up arms on the frontline in the Donbass.

The Americans sent over there and the ammunition, and weapons, not only small arms and light weapons, Lavrov said. In addition, there are American, canadian instructors, he added.

According to the head of the Russian foreign Ministry, these steps increase the risk including military confrontations, which is unacceptable for Russia, which the American partners had been warned.