Cat-bred red wolves from Novosibirsk I flew to Budapest

In Novosibirsk inspectors of regional office of Rosselkhoznadzor controlled transportation abroad of two red wolves are predators, which at birth refused the she-wolf and reared ordinary domestic cat, flew to Budapest zoo. 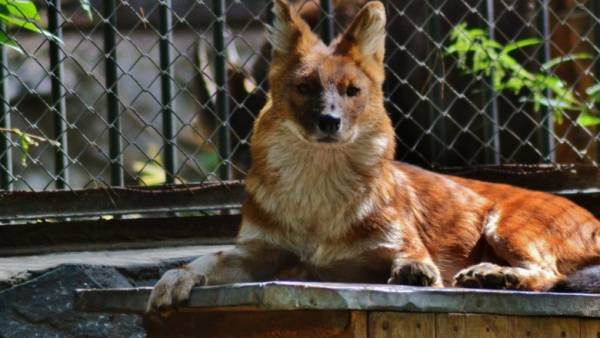 “Two males went to the Hungarian zoo in Budapest transit through Moscow Sheremetyevo airport. Veterinary control upon exportation of rare animals was conducted in compliance with the requirements of the importing country”, — have informed in regional office of Rosselkhoznadzor.

We will add that two years ago these wolves rejected by its mother. From starvation of the pups saved the usual cat muska. As told by Sib.FM head of information and methodical Department of the Novosibirsk zoo Evgeniya Pirozhkova, in April 2016 have a pair of red wolves, which name is Mila and Barefoot, born young. All five of us kids had to pick up my parents, because I was having difficulty feeding offspring.

“In such cases, the zoo always tries to find the kids foster mother. You can, of course, to feed babies from a bottle, but mom is always better. For wolves new mother was our cat muska. She lives in the zoo and already famous for that has brought up a small lynx. In the spring of 2016 muska again became a mother”, — said Evgeniya Pirozhkova.

At the time of searches of the nurse for the cubs the cat was a kitten. The emergence of five new consumers Muska not confused. She took the red cubs, immediately began to feed, warm, lick and otherwise care for them. The cubs affectionate cat also liked it — they quickly settled and began to behave with the Muska just like mom.

“The cat is reliably fed children, but with all the desire she could not fully provide milk for six babies. The cubs were larger kittens, the growth rate, they also differ. So the cubs every three hours and fed with a mixture made from milk powder for puppies,” — said in a zoo.