MOSCOW, 2 sen — RIA of news. USA in the 1960-ies prepared plans for the total destruction of the USSR and China as the leading industrial powers, while the U.S. military considered the possibility of mass extermination of citizens of these countries, according to a review published on the website of the nonprofit organization “national security Archive”. 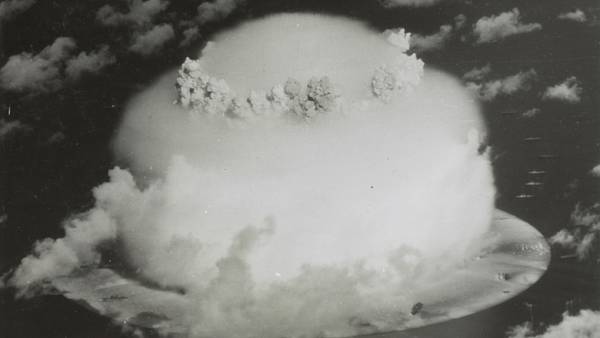 The researchers drew attention to the documents the Single integrated operational plan (SIOP), dated 1964, which discusses the use of nuclear weapons. They, in particular, refers to the need to destroy 70% of the industrial potential of the USSR.

The United States admitted the possibility of the mass death of civilians. Thus, according to the 1961 strike by SIOP plan involves the destruction of 71% of the inhabitants of Soviet cities, and, according to 1962 — the death of about 70 million citizens of the USSR.

While the joint chiefs of staff even considered the idea of destroying the population as the main criterion for victory over the Soviet Union.

Single Integrated Operational Plan, or SIOP is a highly classified set of operational documents comprising the detailed rules of the combat use of nuclear weapons by Armed Forces of the United States.

In December 2015, National archives and records US released a list of potential targets of the us atomic bombing in 1959, which included hundreds of points in the USSR, Eastern Europe and China. Among them 179 goals in Moscow, in Leningrad, 145 and 91 in East Berlin.

The main priority of the declassified document was named air force, and the main goal — the destruction of Soviet bombers before they take off and head to Europe or beyond.